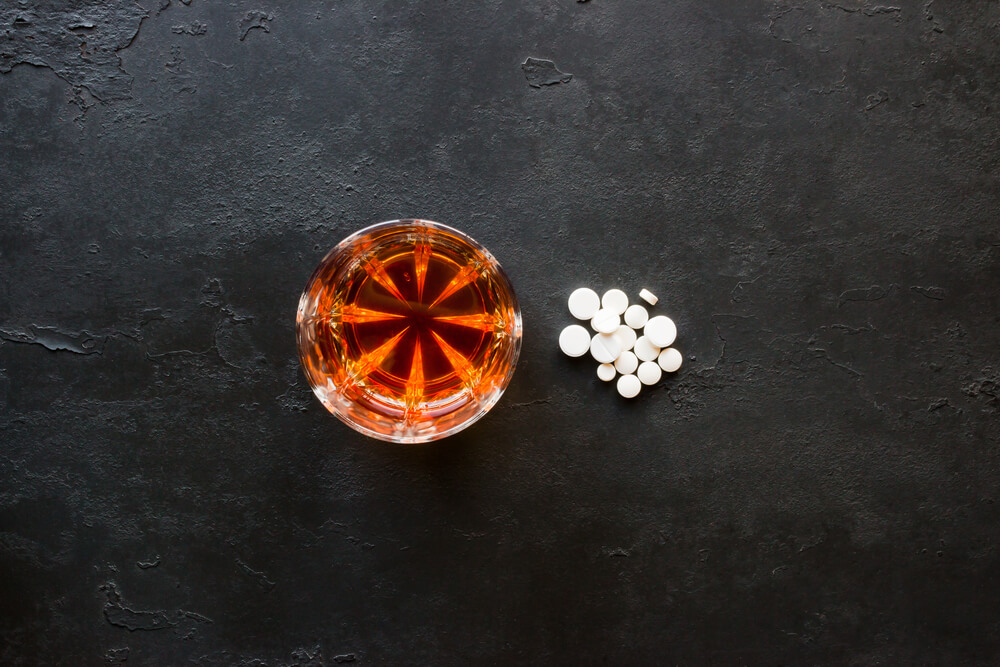 Combining These Drugs Can Have Deadly Consequences

Any drug taken apart from its intended use or in excess is inherently dangerous and potentially life-threatening. Drug addiction and abuse is often a case of poly-drug abuse rather than only a single substance, meaning more than one drug is being consumed at the same time. Certain drug combinations have proven to be especially risky.

Benzodiazepines, opioids, cocaine, heroin, and alcohol all yield desirable euphoric effects for those who use them. This leads many addicts to the rationale that combining two or more of these drugs will amplify those feelings. However, the opposite is true; combining drugs often leave the user in a fatal or near-death situation. Poly-drug abuse is the cause of many deadly overdoses every year. Below is a list of four dangerous drug combinations that have consistently had fatal consequences.

Users reason that coupling alcohol and a benzodiazepine will provide the ultimate experience of relaxation and freedom from life’s worries. Unfortunately, however, this is not the case. Benzodiazepines and alcohol affect some of the same areas of the brain.

When consumed simultaneously in dangerous amounts, it causes significant cognitive impairment. Beyond the drowsiness, impaired judgment, and discoordination, the combination of these two potent depressants can slow down the respiratory, circulatory, and nervous systems to the point of unconsciousness, comatose, or even death.

Cocaine is a stimulant, and heroin is a depressant. The combination of the two has become known as speedballing. The desired effects of cocaine-like extreme happiness and mental alertness come with the undesirable feelings of irritability, paranoia, and hypersensitivity to light, sound, and touch.

The intention of adding heroin is to ease these undesirable feelings by calming the nervous system. Of course, the reality is that this intended result is not achieved, and, instead, this drug combination pulls the body in opposite directions and leaves the user ultimately dysfunctional. The brain cannot handle the two extremes, and the user risks losing consciousness and potentially permanent brain damage.

The combination of alcohol and opioids is another example of compounding two depressants. Users seek a higher level of intoxication and feelings of euphoria and numbness to both physical pain and stress. Problems arise, however, because the combination can also result in slowed breathing to the point of unconsciousness or the respiratory system shutting off altogether. Because users become more extremely intoxicated and incoherent with these drug combinations, they likely forget how much of either substance they’ve consumed, increasing the probability of accidental overdose.

Poly-drug abuse and drug addiction is a gradual, and therefore sometimes unperceivable, progression. After each use, the user tends to lose any original inhibitions or fear of overdose and pushes the limits.

Recently, the CDC reported over 70,000 deaths from drug overdoses in the United States alone. With proper support, it is possible to counteract any addiction and prevent the worst-case scenario of a fatal overdose.

The drug rehab team at Muse Treatment provides an individualized program to tailor to each person’s needs. Our holistic approach addresses the substance dependency itself and the psychological implications that may have led to drug use as a form of self-medication or mental relief. As a result, our patients can overcome their drug addiction, prevent relapse, and enjoy a lasting recovery.

If you or a loved one have developed a dependency on any of the drugs listed in this article, contact us today. The best time to begin the rehab process is immediate. We have 24/7 support. Call (800) 426-1818 to learn more and take the first step toward recovery.