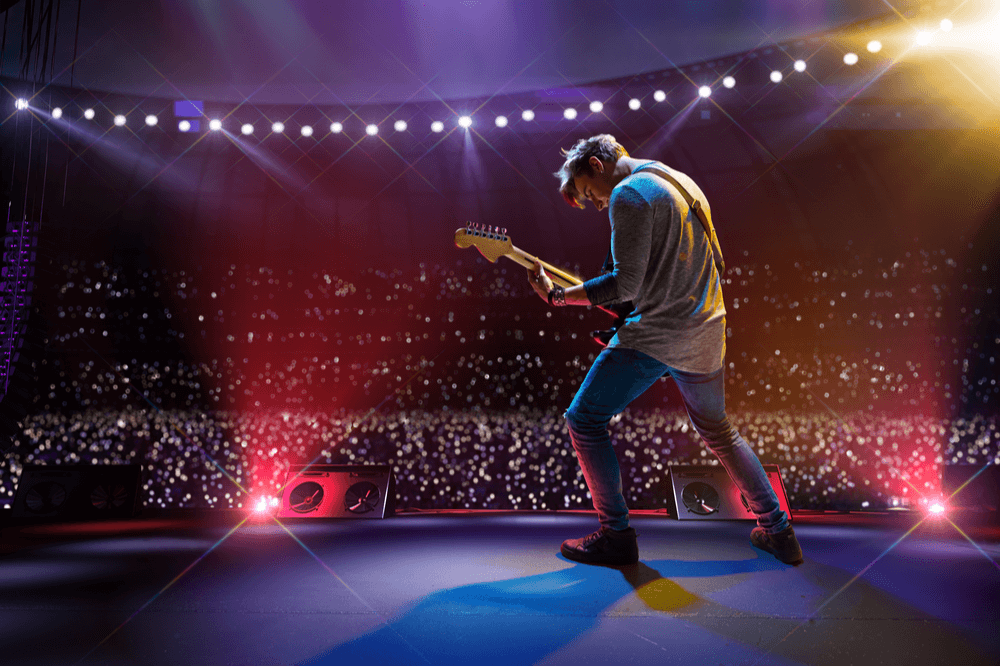 It is true what they say that addiction can touch the lives of anyone regardless of their background, and celebrities in the entertainment industry are not immune to the devastating effects of alcohol or drug addiction. Substance abuse is commonly known to impact the lives of celebrities, often due to the high pressure and expectations from society, along with the lack of genuine support systems due to their high-profile lifestyle. The unfortunate truth is that many celebrities have experienced the depths of heroin addiction, with several celebrities losing their lives to a heroin overdose. The number of stars that have been impacted by heroin addiction is a testament to the robust nature of this drug. Addiction can happen to anyone regardless of social status, age, gender, or socioeconomic background.

Below are some celebrities impacted by heroin addiction and who lost their lives in their battle with addiction.

Kurt Cobain was the lead singer, guitarist, and songwriter of the trendy grunge band Nirvana, which exploded onto the music scene in the early 90s. Cobain created a large following of fans after releasing albums such as Nevermind and In Utero that produced widely popular songs such as “Smells like Teen Spirit.” Cobain struggled with clinical depression after his father left following his parents’ divorce from a young age. The ongoing battle with depression continued throughout his life, including when he reached the pinnacle of his fame with Nirvana. Cobain turned to heroin abuse to treat his clinical depression and cope with the adverse side effects of depression. Fans would begin to see the decline in Cobain’s mental health and the severity of his drug addiction through his TV interviews and on-stage performances. Cobain also struggled with ongoing stomach pains that would cause him to be in a constant state of agony, leading him to rely on prescription painkillers to mitigate the severity of the pain he was experiencing.

In March of 1994, Kurt Cobain was in Rome where he had to be hospitalized for a heroin overdose which caused him to slip into a coma. Doctors later ruled that this was an apparent suicide attempt. After being released from the hospital in Rome, Cobain attended an addiction treatment center in Los Angeles where he would later sneak out to return to his home in Seattle where he then shot and killed himself. The death of Cobain demonstrated the power of heroin addiction and how it can create feelings of isolation and further impact co-occurring disorders such as depression leading many to feel as if there is no way out of the cycle of addiction.

After starring in the widely popular Fox musical drama TV show Glee, Cory Monteith rose to fame. Even at the height of the popularity of Glee, Monteith was open with fans and the media about his struggles growing up and how he was a “teenage renegade” who dropped out of high school, drinking alcohol, and starting to slip into a life of substance abuse. Monteith attended his first addiction treatment center when he was 19 years old. Monteith would battle his addiction to heroin and other substances on and off throughout his life, including when he was working on the set of Glee. In March 2013, he attended an addiction treatment center again to address his long-stemming battle with addiction. Months later, in July 2013, Monteith stayed in a hotel in Vancouver, Canada, where he missed his check-out time, causing the hotel and police to go to his room to complete a wellness check. They found him deceased from an accidental overdose of heroin and alcohol.

Janis Joplin captivated audiences in the 1970s with her exceptional blues singing and powerful lyrics that moved a generation. She quickly became a music legend with her incomparable vocals and unique voice behind her brass image for the public. However, underneath her tough exterior was a woman that was a sensitive, shy woman who enjoyed the quieter moments in life. Joplin struggled with heroin addiction and alcohol addiction throughout her time as an adult. She openly talked about music fuelling her soul and providing her with the happiness she needed. At the age of 27, Joplin died of an accidental overdose of heroin.

Phillip Seymour Hoffman was best known for his Oscar-winning performances in movies such as Capote, Charlie Wilson’s War, and Doubt. Hoffman was open and honest about his struggles with addiction starting in his early 20s, starting with heavy drinking and heroin abuse. He attended his first rehab when he was 22 and became a part of the recovery community in Alcoholics Anonymous. A few months before his death, Hoffman had a relapse after having decades of sobriety. Hoffman attempted to address his heroin addiction and relapse within addiction treatment centers. Once he had returned home to Atlanta in 2014, Hoffman lost his life to a drug overdose of benzodiazepines, cocaine, heroin, and methamphetamines.

John Belushi was best known in the entertainment industry for his comedic genius as one of the original cast members of Saturday Night Live and later starred in cult classic comedy films such as National Lampoon’s Animal House and Blues Brothers. Belushi started using drugs to manage the long hours on set and his deep-rooted feelings of insecurities. As his popularity continued to rise, Belushi’s drug abuse worsened. It was reported that he would spend up to $2,500 a week on drugs to fuel his addiction during the last few months of his life. In March of 1982, Belushi stayed at the Chateau Marmont, where he was later found deceased after overdosing from an injection of a speedball of heroin and cocaine.

The lead singer of the Sex Pistols, Sid Vicious, had a tumultuous relationship with drugs and alcohol from a young age. At the age of 16, Vicious had his mother provide him with heroin for the first time and opened up a world of trouble into a cycle of drug addiction that caused him to put himself in high-risk situations during his active drug addiction. Vicious eventually succumbed to his drug addiction after being released from prison following the charges of the suspicious death of his girlfriend, Nancy Spurgeon. Vicious was found deceased in his apartment from a heroin overdose.

Jean Michel Basquiat was a Brooklyn-born artist who began his career selling one-dollar postcards while he was homeless, eventually rising to fame for his unique, captivating artwork leading him to earn millions of dollars for selling his artwork. As Basquiat’s fame began to grow, so did his drug abuse. Basquiat’s drug abuse escalated to a point where he was spending $2,000 a week on heroin and cocaine, and reports say he used heroin to focus more on his artwork and pieces. After losing his friend Andy Warhol, Basquiat’s use of drugs continued to escalate. In August of 1988, Basquiat lost his battle with his heroin addiction, with his official cause of death being a heroin overdose leaving behind thousands of paintings and art pieces.

The lead singer of Alice in Chains had a passion for music from a young age, and it became his purpose in life to continue on. Staley struggled with drug addiction throughout his life but found solace in being able to perform music. He grew up with a father entrenched in drug addiction, which ultimately played a role in his untimely death due to drug addiction. The two would use drugs together, only fueling his drug addiction further. While Staley first started his drug abuse to escape the pain and trauma he had experienced, he soon entered into a cycle of addiction that ultimately took his life through an accidental overdose in 2002.

Bradley Nowell was the lead singer of Sublime, the ska-punk band that rose to fame in the 1990s for its unique sounds and vocals. Nowell struggled with heroin addiction for years that only worsened as his level of fame continued to rise. Nowell eventually lost his life to a heroin overdose in 1996, just as Sublime’s third studio album would be released. Following his death, Nowell had a son who later struggled with heroin addiction but overcame his drug addiction with the support of an addiction treatment program and loved ones providing support to heal from his illicit drug addiction and the trauma of losing his father.

Dee Dee Ramone was one of the founding band members of the iconic punk band, The Ramones. Dee Dee had been publicly candid about his struggles with heroin addiction and LSD use throughout his career. In June of 2002, The Ramones were inducted into the Rock and Roll Hall of Fame, and a week later, Ramone was found unresponsive in his home and died from an accidental overdose of heroin. His autopsy revealed one puncture mark on his skin from a needle which led many to believe that Ramone had a period of being clean and sober before his tragic accidental overdose death.

See why Colin Farrell needed to go back to rehab in our blog below:

The heroin rehab and detox program at Muse Treatment Center will be customized to your needs, including the program length, level of care, and the types of therapy you attend. Inpatient rehab has a minimum length of 30 days, and we have longer-term programs for those who need it. You will gain new healthy habits, work through underlying causes of addiction, and gain new coping mechanisms and relapse prevention techniques. Detoxing is not a cure for addiction, but it is the first step. Once you are stable, we will move you directly into your rehab program, so you can begin to truly heal. Call us at (800) 426-1818 today to learn more about our heroin rehab and detox treatments.