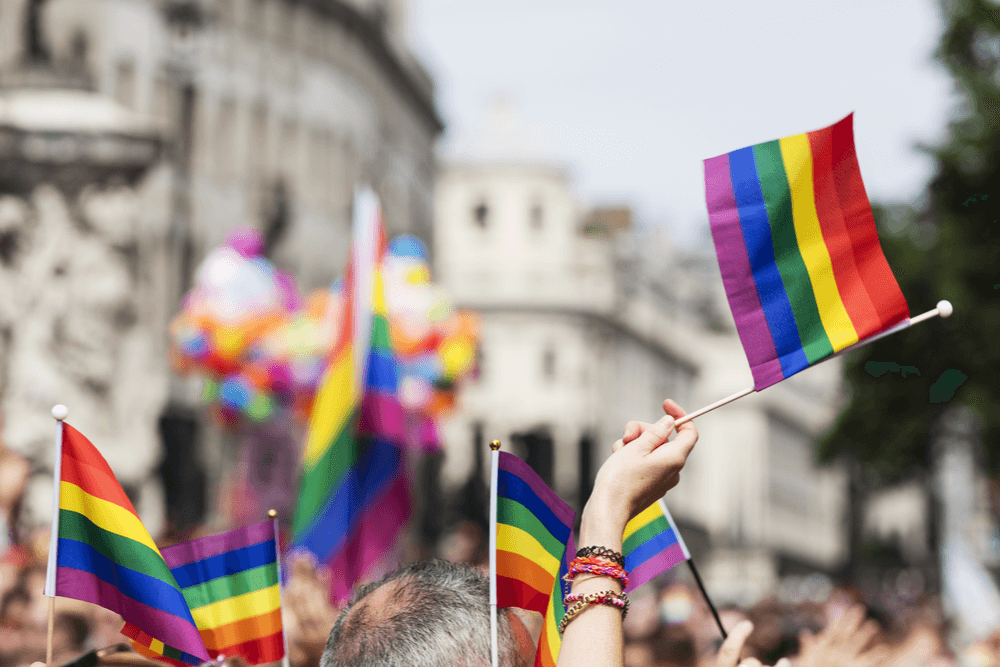 What Is Pride Month?

Pride month is celebrated in the United States from June 1st to Jun 30th each year. The gay rights movement, typically thought to have begun with the Stonewall riots in New York City in 1969, also had roots a few years earlier during protests in Los Angeles. Pride Month commemorates the ongoing pursuit of equal justice for the LQBTQ community and celebrates the accomplishments of LGBTQ people. Pride month is a way to promote inclusion going forward in today’s youth and honor the achievements of LGBTQ community members who have had to suffer discrimination over the last many decades.

Pride celebrations occur across the country, with the LA and New York Pride parades being two of the biggest. PRIDE stands for Personal Rights in Defense and Education and was formed in Los Angeles, California in 1966 by Steve Ginsburg. You will see it used interchangeably in all caps and capitalized as a proper noun. With the advent of the internet and social media platforms, both support and communication have increased dramatically for the LGBTQ community, especially those suffering from addiction. Many supporters, often called “Allies,” display Pride flags and other online and physical devices to show they are also champions of the cause.

Whenever there is a celebration, from New Year’s to the Fourth of July to month-long salutes like Pride month, there is always a chance that drugs or alcohol may be present. The recovery community is well aware of this and wants everyone to have a happy Pride month while helping those clean and sober avoid drugs and alcohol at Pride events. The city council and many other government agencies and community organizations put together Pride events throughout Los Angeles during June in support of the LGBTQ population. The LA Pride Festival has been one of the cornerstones of the celebration for decades, serving the LGBTQ community by promoting equity, diversity, and inclusion.

Alcohol abuse and drug abuse treatment center professionals know that substance use disorders hit the LGBTQ population at a higher rate than other demographics. This is due to several factors, including the discrimination and social stigmas that the LGBTQ community still faces. Events like the LA Pride Festival bring people together from all walks of life and helps to break down walls that have been created over the years.

However, celebrating Pride month doesn’t have to mean that drugs and alcohol need to be part of the equation. There are several sober Pride events and ways to honor the past and present efforts of LGBTQ people without drinking or using drugs. At Muse Treatment, we know that LGBTQ people can be twice as likely to suffer from alcohol abuse or drug abuse than their heterosexual counterparts. We’re here to help. We offer many different types of addiction treatment, including drug and alcohol detox, intensive outpatient programs, specific programs for patients with a dual diagnosis, and many more levels of care so that we can help as many people as possible with their recovery.

LA Pride celebrations continue to grow and expand as the years go by. The City of West Hollywood now has its own Pride parade, held this year on June 5th, while a separate LA Pride parade is scheduled to be held on June 12th. The City of West Hollywood has long been a stronghold for the LGTBQ community, with 40% of the residents identifying as members.

There are several events in the Los Angeles area throughout the month with different themes, so there is something for everyone during Pride celebration month. These include Pride Bingo in The Grove on June 9th. This event, like many, is back from a hiatus caused by the COVID pandemic. Bingo night will occur in The Grove’s rooftop parking lot, which will be transformed for a lively evening under the stars, featuring panoramic views of the city’s skyline.

Later in the month, LA Pride activities will also include Pride in the Park, with Christina Aguilera headlining. This event takes place in LA State Historic Park, a gorgeous green space in the Chinatown and Elysian Park neighborhoods with a capacity for 25,000 people. The previously mentioned official LA Pride parade is on June 12th. On June 24th, Pride takes over Universal Studios for an after-hours event called Pride is Universal. Throughout the month, there are many smaller events as independent restaurants and venues show off their support for the LGBTQ community.

Alcohol and Drug-Free Ways to Celebrate Pride in Los Angeles

If you are worried about feeling pressured to use drugs or alcohol during a Pride celebration, the recovery community is behind you. There are many ways to support the LGBTQ population without worrying about being triggered, stressed, or otherwise induced into drinking or using drugs. Here are a few LA Pride events to consider taking part in and other creative ideas if you’d like to focus on remaining alcohol and drug-free:

The City of West Hollywood, also known as WeHo or WeHoville, includes an alcohol and drug-free event as part of their annual Pride celebration. #Sizzle is a two-day carnival-style event within the festival that features a live DJ, carnival-style games, and over 10,000 prizes for attendees to win. The Sizzle carnival provides a safe space for those in recovery and their supporters. This event has run for many years, and those in the recovery community, including alcohol abuse and drug abuse counselors, have raved about the event.

There is an organization that is a cross-section between members of the LGBTQ community and those who have struggled with alcohol abuse and drug abuse and are now in recovery called Gay & Sober. Every year, the organization puts on a festival dedicated to those who have fought drug or alcohol addiction that includes a block party, which is free and open to sober folks and their allies. They also hold a cruise during the night called Dance on the River.

In today’s day and age, especially since the beginning of the COVID pandemic, one of the great ways to take part in any celebration after you’ve been treated for alcohol abuse or drug abuse is to attend a virtual party. Virtual Pride events will take place throughout the month of June. These may include a Pride celebration that is 100% online or maybe a live event that can be attended virtually, too. Pride parades and other festivities are great to be at in person but can be very enjoyable from the comfort of your own home, too. If your goal is to remain sober, which means attending an online LA Pride event instead of one in person, the recovery community totally supports your decision.

Only you will know when you have put drug abuse and alcohol abuse far enough behind you to attend events where substances might be present. Addiction recovery is a personal journey that happens on each individual’s own timetable. As you’ve entered a new stage in your life where substance abuse is part of your past, you’ve probably met many like-minded people along the way. So invite them all over to your own LGBTQ community sober Pride party! This way, you are in total control and can attend virtual events, watch parades broadcast on TV, or just kick back and enjoy the day.

If you do try to quit alcohol without the help of professional treatment, read our blog below to learn what to expect:

Need Some Extra Support During Pride?

At Muse Addiction Treatment, we understand how LGBTQ people have been affected as a group by substance abuse. We are here to help and support you in any way. If you think you might have an issue with substance abuse and have never participated in one of our treatment programs, now is the perfect time to start. We have alcohol detox, prescription drug detox, dual diagnosis treatment, meth rehab, intensive outpatient programs, and many other levels of care at our treatment center. Drug detox and drug abuse treatment are not something to be ashamed of but a decision that should be applauded because it takes strength to make such a big decision in life. Drugs and alcohol have affected people from every walk of life, and getting help is one massive step in the right direction.

If you need extra help staying clean and sober during LA Pride month, give us a call. If you’ve been a patient of ours in the past, you probably already know about our alumni program. If not, we’re here for you, too. We can get you connected with one of our substance abuse counselors and give you the support you need when you might use or drink. Call us at (800) 426-1818 today. We’re here and ready to help.