An Effective Tool for Combatting the Pain Killer Epidemic 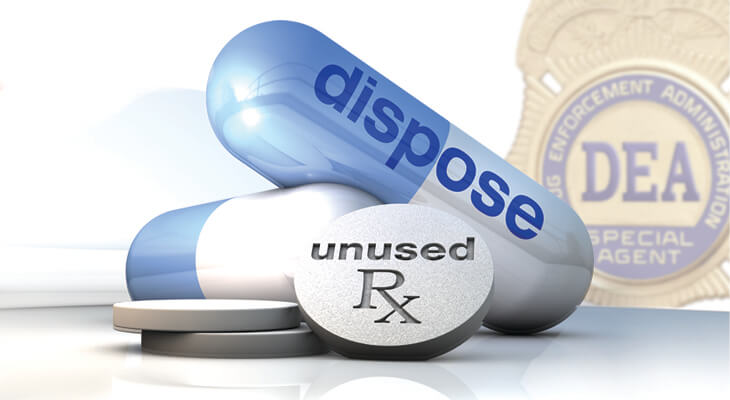 It’s an all too common theme, stories of opiate abusers often recount finding an old prescription in their household.  Friends and family members keeping prescription pain killers from past surgeries or injuries seems innocent enough, but in reality, it can act as a gateway for drug abuse.  Opioid based prescription pain killers including, Vicodin, Percocet and Oxycontin are extremely potent substances capable of dulling severe pain, but also producing euphoria and in some cases, addiction.

Not only are the one’s prescribed at risk for dependency, but addicts often seek out the “extra” medication that was once forgotten about in their household medicine cabinet.  It’s this recurring scenario that has the DEA and police departments across the nation taking a stand with the Drug Take Back initiative.

Take back locations are stationed by police officials and encourage residents to drop off old and/or unwanted prescription medications that are no longer needed.  The effort, dubbed, Drug Take Back Day, is hoping to reduce accidental overdoses as well as the availability of prescription pain killers that are being abused by those caught in the growing opioid epidemic.

Officials explain that while flushing opiate medications down the toilet may seem like the convenient and obvious route, on a large scale, it could cause contamination of county’s water supplies.  A safe and regulated solution has emerged in the form of Drug Take Back Day during which concerned citizens can hand their unwanted medications to police to ensure they’re disposed of properly.

The hope is, that by voluntarily relinquishing these potent, potentially abused pain killers, the overall availability is reduced.  It is well documented that heroin user’s addiction often begins with a prescription pain killer habit.  And while there is of course potential for these opiate based medications to be obtained off the street, any efforts to reduce their circulation is helpful in combatting the epidemic.

“aims to provide a safe, convenient, and responsible means of disposing of prescription drugs, while also educating the general public about the potential for abuse of medications.”

The Drug Take Back intiative is a free and anonymous service, and last April, recovered over 447 tons of prescription pain medications over 5,400 sites.  Saturday marked the twelfth Drug Take Back Day in the last six years and to date the initiative has taken in over 3,200 tons of dangerous, and highly addictive pills.  Statistics from Drug Take Back Day in May 2016 illustrate the massive prevalence of these medications with Texas collecting almost 40 tons; California 32 tons; Wisconsin 31 tons; Illinois 24 tons; and Massachusetts 24 tons, among others.

The Drug Take Back initiative isn’t a complete solution for the rising pain pill epidemic, but the results suggest it’s definitely an effective tool in the fight.  With the 2014 CDC report that over two million Americans were dependent or abusing opioid medications and opiate related overdose deaths reaching an all time high, any efforts to reduce their availability are steps in the right direction.

While Drug Take Back Days see a large influx of prescription medications, there are safe options year round for those looking to responsibly remove opiate based pain medicines from their household.
For information on everyday drug disposal, view the FDA’s official statement of instructions here