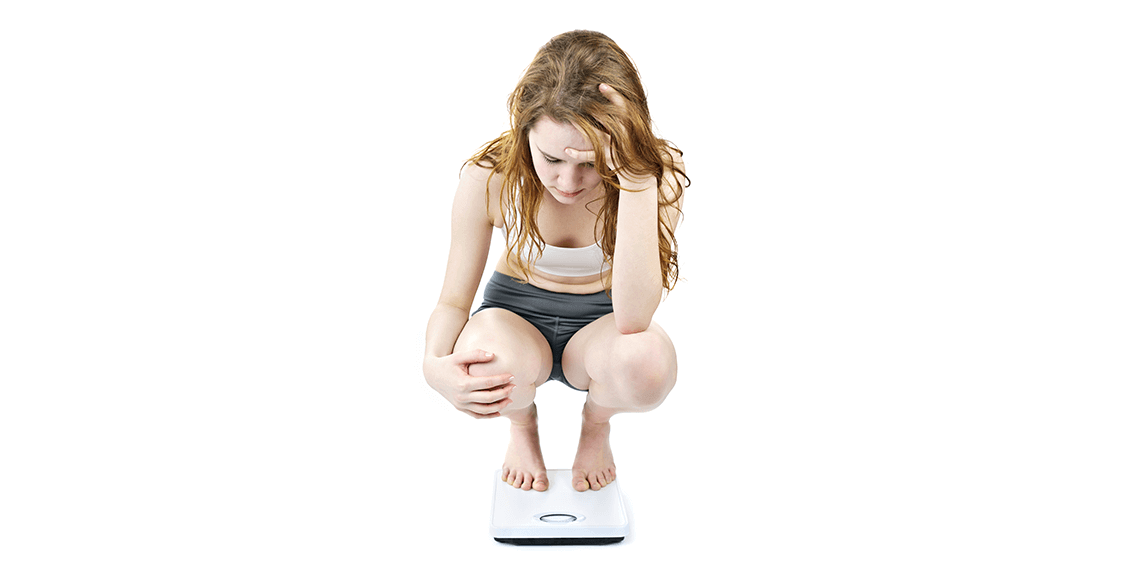 Both Body Dysmorphic Disorder and Eating Disorders and separate diseases, but both are related in almost every way. These two afflictions feed off of each other, and both intertwine in terms of diagnosis and treatment. In addition to this, both diseases often share some of the same psychological/mental disorders (depression, bi-polar disorder, etc.) which often inform each other. In this piece, we will discuss both together and separately.

Eating disorders fall under different categories, and we will define each. But in a very basic sense, all eating disorders are psychological illnesses that encompass either deficient/insufficient or extreme/disproportionate consumption to the extent where it results in one’s physical and emotional health being severely affected. Bulimia and anorexia nervosa are the most universal specific forms of eating syndromes. Other types of eating disorders include binge eating disorder.

Bulimia nervosa is a condition characterized by binge eating and purging. Purging can include self-induced vomiting, excessive exercising, and the intake of diuretics, enemas, and laxatives. Anorexia nervosa is categorized by intense food limitation to the point of self-starvation and extreme weight loss. The unwarranted weight loss often triggers women and girls who have begun menstruating to cease having menstrual periods, a disorder known as amenorrhea. However, some women who meet the other criteria for anorexia nervosa do often account some menstrual activity.

There are currently two defined subtypes of anorexia nervosa: one is the restricting type and the other binge/purge type. People who suffer from the restrictive subtype lose weight by limiting food intake, often through over-exercising. The binge/purge sufferer offsets this through some form of purging. The basic difference between the two is usually the body weight of the person. With the binge/purge category sufferers are usually considerably underweight to the point to emaciation. Those with bulimia nervosa can have a generally healthy body weight, and can often lean towards being overweight. However, this is not always the case, and due to this, can be difficult to diagnosis.

Many people with eating disorders suffer also from body dysmorphic disorder (BDD), and this changes the way a person sees himself or herself. Studies have found that a high number of people diagnosed with BDD also had some form of eating disorder, with 15% of individuals having either anorexia nervosa or bulimia nervosa. This correlation between body dysmorphic disorder and anorexia comes from the idea that both BDD and anorexia nervosa are differentiated by an obsession with physical appearance and a distortion of body image. This is often found to be related to mental health disorders such as borderline disorder and bi-polar conditions.

The clear cause of eating disorders is not entirely comprehended, but there is evidence that it may be related to additional medical conditions and issues. Cultural idealization of thinness and youthfulness have promoted to eating disorders involving dissimilar populations. One study showed that girls with ADHD have a much higher chance of developing an eating disorder than those not affected by ADHD. Another study concluded that women with PTSD, (often specifically related to sexually related trauma) are more prone to acquire anorexia nervosa. One study showed that foster girls are more prone to develop bulimia nervosa. A number of researchers think that peer pressure and desired body-types seen in the media are also a critical dynamic. Some studies demonstrate that for certain sufferers there are genetic reasons why they may be prone to developing an eating disorder. Current reports have found substantiation of a clear link between patients with bulimia nervosa and addiction/substance abuse. As well, anxiety and personality disorders are commonplace occurrences with clients of eating disorders.

Specific treatment can be enormously helpful for many suffering from certain types of eating disorders. On the other end, the untreated results of eating disorders can be incredibly severe, and these can include death, whether from direct medical consequence of disturbed eating habits or from comorbid conditions such as severe depression, bi-polar disorder, borderline disorder, and/or suicidal thinking.

Body Dysmorphic Disorder (also known as BDD, body dysmorphia, dysmorphic syndrome, or dysmorphophobia), is a state that engages the assurance that one’s own look or appearance is strangely  defective, therefore they feel hideous and unworthy, and that their issues are so serious and advanced that they can’t be repaired. The thoughts surrounding this condition are usually overwhelming, and usually have a disturbing reality to the sufferer. A very good example would be a person (more often a female) who is certain that they are severely and grossly overweight, and following continual and obsessive examination in a mirror, they are thoroughly convinced of it, even though in reality they are grossly underweight, quite often to the point of being seriously emaciated.

Body Dysmorphic Disorder was initially documented in 1886 by Enrico Morselli, who named the syndrome dysmorphophobia. BDD was recognized by the American Psychiatric Association as a disorder in 1987 with the revision to the third edition of the Diagnostic and Statistical Manuel (DSM).  The name has since been changed from dysmorphophobia to body dysmorphic disorder, as the original title implies a phobia of people, not a fear of to interacting socially due to poor body image.

About half of the sufferers of BDD spend several hours a day attempting to hide or correct flaws that are perceived but often not real. At times there can indeed be a very minuscule flaw, but due to their distorted viewpoint and perception, it can appear grossly beyond context and far from reality. As well goes a large degree of social retardation or impediment and with these often go issues with employment, education and of course, social life.

Where does Body Dysmorphic Disorder come from?

In most cases, it can stem from different factors; some of those include environment, genetics and social engagement. Approximately 1-2% of our population suffers from BDD, and once again, the larger number is from women. It occurs in both children and adults, but mostly comes into prominence during adolescence, usually during the period when psychological changes of greatest degree take place. One of the saddest facts is that this disorder is often amplified by abuse and bulling, generally in the peer group world, which is extremely common during adolescence.

People living with BDD often desire to change or improve the distinctiveness of their physical appearance that they find unwanted, often attempting cosmetic surgery or dermatological treatment, but this rarely resolves the issues.  Compulsive behavior such as picking of the skin is very common. Much of this results from shame or perceived imperfection. BDD has also usually considered a parallel to Obsessive Compulsive Disorder (OCD) and many of its characteristics.  BDD results in greater levels of depression and a greater fear of social interaction.