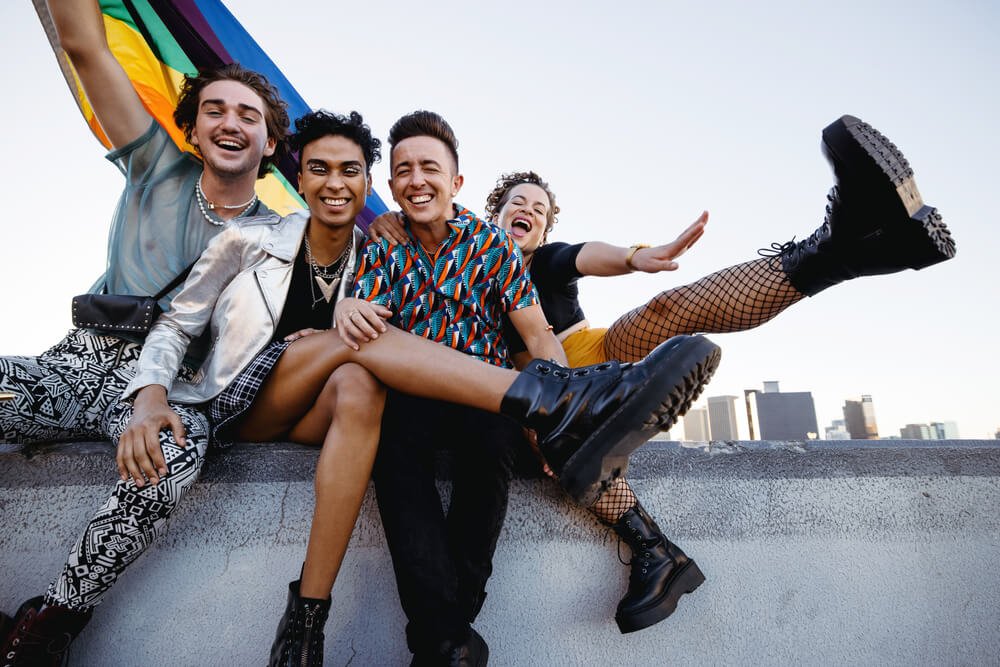 Since the late 1990s, crystal methamphetamine, also known as crystal meth or just meth, has been a health concern in the LGBTQ community. It was popular among gay and bisexual men in New York City as an aphrodisiac. Today, crystal meth is a popular drug among the young LGBTQ community because of its stimulating effects and is usually used as a party drug. Meth use among the LGBTQ community is not the only drug on the rise. The substance abuse rate among the LGBTQ community is higher than other populations, primarily due to the prevalence of discrimination, stigmatization, violence, and harassment many in the community face daily. This has created a growing need for gay-friendly meth rehab in Los Angeles. Several facilities offer specialized treatment to meet the challenges the LGBTQ face as they attempt to achieve sobriety. Besides providing help with abuse, trauma, and stigmatization, they also connect clients with peers who share the same experiences and struggles.

Addiction and substance abuse rates are higher among people who identify as bisexual, homosexual, transgender, or somewhere else on the gender or sexuality spectrum (LGBTQ). Studies have found that people in the LGBTQ community are at higher risk of alcohol and drug abuse than the general population.

Members of the LGBTQ community also face higher rates of mental health illnesses such as depression, anxiety, and suicidality due to their societal challenges. They also avoid or fail to get help for these issues because they have historically had challenges getting adequate healthcare without judgment, bias, or straight-out discrimination, including in areas of substance abuse and mental health. Thankfully, in the past decades, perception and attitudes towards LGBTQ have shifted, and even though there is much more work to be done, it has been easier to get the health treatment they need.

Addiction rates among LGBTQ are rooted in the mental health issues developed because they have experienced extensive discrimination both in personal lives and in the public sphere. LGBTQ people who have experienced forms of discrimination are four times more likely to develop some type of substance abuse disorder. The most common contributing factors include:

LGBTQ people struggling with addiction may have experienced one or more of these incidents or fear these happening that could contribute to developing the addiction. Most will create a form of mental illness from these experiences and self-medicate with alcohol or drugs to dull negative feelings. This further exacerbates feelings of depression, anxiety, PTSD, and more, which causes them to abuse these substances, which can develop into an addiction.

Crystal meth abuse statistics among gay men is worrisome, especially in metropolitan areas. It is a growing trend, especially among LGBTQ teens. Meth acts as a stimulant by releasing dopamine and norepinephrine in the brain, creating feelings of euphoria, suppressed appetite, better sexual performance, and more energy. Psychologically it can also produce feelings of power, invulnerability, and confidence. It basically gives users a false sense of well-being. These are many of the emotions people in the LGBTQ community look for due to the feelings of low-self esteem and fear discrimination can cause.

The drug will last up to 12 hours but is followed by “the crash,” including irritability, depression, paranoia, and exhaustion. Individuals will then want to use again to avoid these negative feelings and may end up with addiction. Long-term use of methamphetamines has many negative health consequences.

Meth addiction leads to many health problems, some irreversible, such as brain, liver, or kidney damage, memory loss, severe tooth decay, extreme weight loss, increased heart rate, and a higher chance of suffering from a stroke.

Why Substance Abuse Is Higher in LGBTQ

The biggest reason for higher substance abuse in LGBTQ is primarily due to the higher rates of mental illness among the community. Years of discrimination, stigmatization, ostracization, physical, mental, and sexual abuse, and fear have caused many mental health disorders. These include depression, anxiety, trauma, PTSD, and even higher suicide rates.

Many in the LGBTQ community have also experienced discrimination and judgment when seeking medical care, making them less likely to seek out healthcare for these mental health issues. Instead, they turn to drugs and alcohol to help relieve negative feelings, only to worsen these issues, and further abuse substances to counteract the pain, which can quickly turn into an addiction.

Another cause of higher mental health illness in the LGBTQ is for those who remain “closeted.” Fear of being rejected or ridiculed by family and friends, as well as potentially losing employment, many keep their sexuality or gender identity a secret, often living a double life. This causes a lot of turmoil and depression as well.

LGBTQ entering substance abuse centers also tend to have more severe forms of addiction. Many addiction centers also fail to meet the needs of many LGBTQ, including treating co-occurring disorders and reducing the likelihood of discrimination from staff or other clients in their facility. They can easily relapse once they leave the treatment center because they fail to receive the support or proper care.

The Importance of Gay-Friendly Rehab

Recognizing the particular issues LGBTQ face is essential for residential treatment. For example, housing transgender individuals with their self-identifying gender can make a difference in their treatment or be aware of the individual needs of gay men compared to lesbian women.

The Substance Abuse and Mental Health Services Administration has outlined approaches treatment providers can adopt in the manual “A Provider’s Introduction to Substance Abuse Treatment for Lesbian, Gay, Bisexual, and Transgender Individuals.” By implementing practices such as these, treatment centers may develop more effective protocols to address several LGBTQ-specific needs.

By getting to the root of the addiction, such as mental health issues, addiction treatment can help individuals truly heal and better cope with their feelings. Providing specific solutions and coping mechanisms at gay-friendly meth rehab in Los Angeles is also necessary to avoid future relapses.

How to Find a Gay-Friendly Meth Rehab in Los Angeles

The growing awareness of the higher rates of substance abuse and mental health among the LGBTQ and the specific needs the community requires to achieve long-term sobriety has contributed to more treatment centers providing LGBTQ-friendly treatment programs. For finding gay-friendly meth rehab in Los Angeles, it is vital to make sure that the program being chosen has the support and therapies to help patients deal with specific issues they may deal with during and after rehab, such as:

When looking for gay-friendly meth rehab in Los Angeles, patients should also research if the facility will simultaneously treat co-occurring disorders like depression, anxiety, PTSD, and other health issues. This process can ensure individuals have the tools to manage their sobriety after rehab. Meth rehab is most likely to help individuals achieve long-term recovery if they offer customized treatment plans.

Finding gay-friendly meth rehab is important to address these specific needs as well as help connect individuals with peers who can relate to one another’s past experiences and struggles. It can also create a lasting community of support to help each person maintain sobriety many years down the road.

Muse Treatment offers gay-friendly rehab in Los Angeles. We believe in the importance of safety and inclusion among every patient. We provide a safe space in our individual and group therapy sessions, which use various evidence-based addiction treatment models. At Muse Treatment, every treatment plan is individualized to fit each client and help heal the body, mind, and spirit. We also emphasize treating co-occurring disorders and can offer medication assisted treatment.

If you or a loved one is struggling with meth addiction and are looking for a gay-friendly rehab in Los Angeles, Muse Treatment can provide the safe and effective care you need. Please give us a call at (800) 426-1818 today, and one of our addiction specialists can guide you or answer any questions you may have about starting addiction recovery at Muse Treatment.