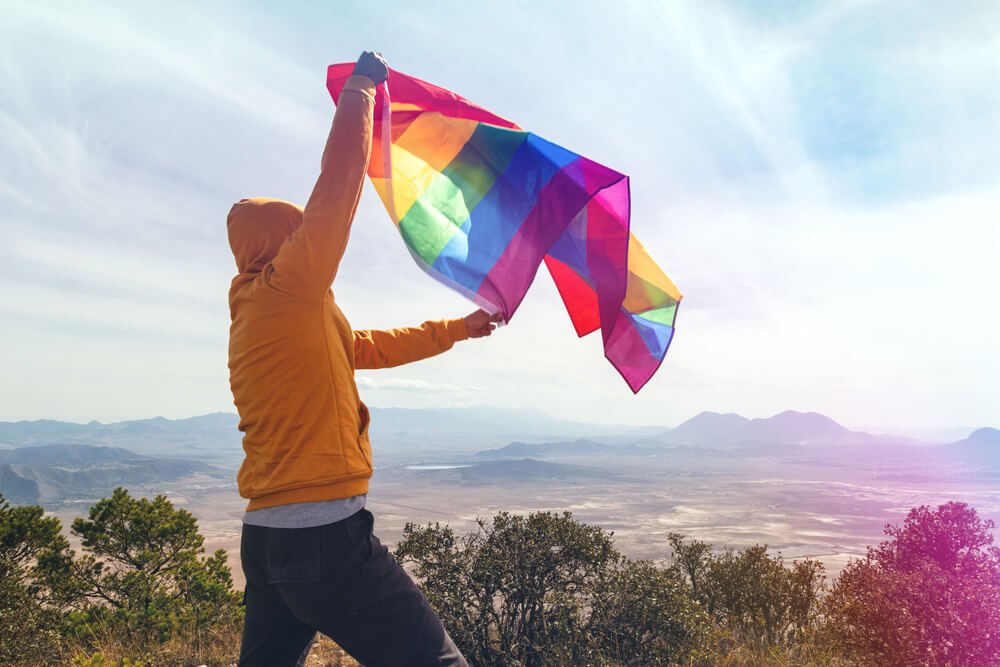 Addiction In The LGBTQ Community

Addiction has been a disease affecting millions of Americans for years, and the LGBTQ community has not been immune to the devastating effects of addiction. In fact, the LGBTQ population has an increased chance of developing an addiction compared to other people within society. Nearly 20% to 30% of LGBTQ individuals will develop an alcohol or drug addiction within their lives. This staggering difference is due to the lack of LGBT addiction treatment in Santa Clarita when LGBTQ individuals seek help.

When faced with feelings of exclusion, rejection, or social isolation, it is common for individuals to search for a way to escape these troubling emotions. The allure of an escape through alcohol or drugs is appealing to many as it provides a brief moment of relief or feeling of euphoric escape that can take away the pains stemming from the judgment that has been placed on you. The unfortunate and dangerous side to this method is that addiction can easily and quickly develop in vulnerable people looking for a way to ease their pain.

Throughout modern-day society, there are minimal places that are LGBTQ-friendly. When you are faced with adversity each day, you want to spend your time in a place where you feel safe and included. One of the only establishments that have developed an LGBTQ safe place is LGBTQ/gay bars. Patrons attending these bars will benefit from feeling included, but it also creates another barrier with adding pressure to engage in alcohol or drug consumption.

Choosing to enter into addiction treatment is already a vulnerable time for any individual approaching a significant life change. When you are someone within the LGBTQ population, deciding where you will attend addiction treatment often comes with different reservations or concerns than the heterosexual population has to consider. When you identify as part of the LGBTQ community, you want to choose LGBT addiction treatment that provides a welcoming, safe space to heal from addiction without fears of judgment, biases, or discrimination.

Issues Faced in the LGBT Community

When you have lived your life in fear of how others will treat you or the negative judgments placed on you, it often increases the chance for individuals to develop an ongoing mental health concern. For those living with an addiction and mental health concern, it is commonly known as a co-occurring disorder. Often, when individuals are experiencing adverse side effects or symptoms from their mental health disorder, it is common for those individuals to look for a way to minimize those side effects with the use of alcohol or drugs. While the use of substances can momentarily make the symptoms subside at first, the more you use substances, the larger the quantity of substance you have to take to reach the desired effects.

While mental health is a growing concern for many Americans, the LGBTQ population experiences higher levels of mental health than other societal populations. This could be in part because of the social stigmas placed on individuals and having to live your life hiding who you truly are. Some of the most common mental health concerns that individuals within the LGBTQ community are:

There are many substances that individuals may use that are all highly addictive. In the LGBTQ community, there tend to be four popular substances commonly abused within their community:

The key to a successful and effective LGBT addiction treatment program is providing an environment that fosters safety and inclusion. Healing from addiction requires patients to be open and willing to become vulnerable to looking inward to uncover the root of their addiction. To facilitate a welcoming and secure environment, patients must be within an addiction treatment program that fully understands the barriers that the LGBTQ population faces and helps to create an environment that builds trust and openness within its patients. This process can be done through honesty and validation. Each individual who has experienced addiction treatment is honest and that the emotions they experience are authentic and valid. Through individual and group therapy sessions, patients will have a safe place to openly speak about their experiences with coming out, the discrimination they face, and finding themselves. During this time, patients can often connect with peers within group therapy who have gone through similar experiences or emotions. When you are coming from a place of being alone with these emotions or dealing with judgments or cruelty from others, there is a great deal of comfort in building connections with others that can become long-lasting support even after completing addiction treatment.