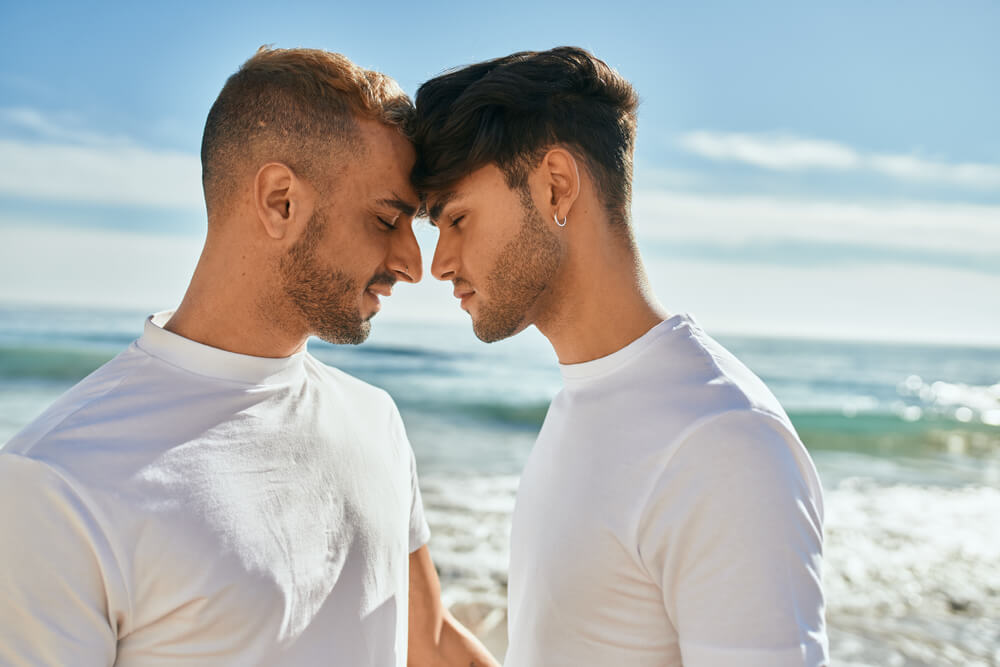 Since the late 1990s, public health officials have warned about the ever-growing concern of meth use within the LGBTQ community. The surge in meth use began in New York City and was often viewed as an aphrodisiac. The popularity of this substance continued to rise over the last couple of decades and has now become one of the most commonly used drugs within the LGBTQ community. For young LGBTQ individuals, meth use has continued to climb as many perceive meth use as a way to connect with others and enhance their ability to have fun and socialize with other like-minded individuals.

While many are aware of the dangerous, addictive components within meth, the popularity continues to grow, leaving many wondering what the allure of this substance is. Meth is a stimulant that increases the level of dopamine and norepinephrine produced within the brain, creating feelings of euphoria within the user. As a result of the euphoric effect, users experience a loss of appetite, high energy and concentration, and increased sexual desires and behaviors. Emotionally, users will feel an increased sense of confidence, power, and invincibility. When consuming meth, the user will typically feel high for up to 12 hours, followed by a crash that often includes feelings of paranoia, depression, and irritability. To avoid these unpleasant side effects, individuals will typically begin using again, quickly creating a spiral of addiction within the user.

The allure of an escape through meth is particularly appealing to individuals within the gay community for the ability to put aside the feelings of isolation and rejection that are often internalized after experiencing massive levels of homophobia and discrimination. There are high levels of social stigma surrounding homosexuality, leading many to fear coming out to others or being open or vulnerable. Living a life in the closet, in fear of how others will treat you, creates increased levels of anxiety and mistrust in others. Meth provides a toxic bridge to feel connected within a society that often rejects and socially isolates and humiliates LGBTQ individuals. The number of gay men that have engaged in meth use has almost doubled from 29% to 79%. This is partly due to the lowered inhibition that meth creates, often leading to a higher sex drive and higher levels of sexual endurance. Studies have shown that the gay community has been drawn more to this drug for the sexual and emotional connection levels developed through these sexual interactions.

Grindr is a popular dating app among gay men. While this app can provide ample opportunities for romantic or sexual connections, the gay community also uses this app as a way to have sexual encounters that include meth use. Grindr has been established to be a one-stop-shop for those looking to fill their sexual desires and indulge in meth use. With one click of a button, men can become connected to other like-minded men and connect the same day, even having them arrive at their doorstep to fulfill their sexual and substance use needs. Using these online gay matchmaking websites, using the term PNP (party and play) will indicate to other men that the ideal situation would be a sexual hookup paired with meth use. With the easy accessibility of these sites, the ability to score meth has become easier than ever.

Meeting a potential match for a romantic encounter is nerve-racking for anyone, and the feelings of anxiety and nervousness are bound to take over. Knowing that there is a way to ease the restless feelings and potential uncomfortable first date scenarios through meth can create a significant allure to engaging in substance use with a stranger. As meth lowers inhibitions and creates a false sense of confidence, many use this drug to settle the first date or meet jitters to be able to connect with another person with courage and tenacity.

The devastating side effect of pairing meth use with sexual encounters is its impact on future sexual experiences for the individual. The use of meth accelerates sexual desires and eliminates any sexual boundaries or reservations within a person. After quitting meth, many gay men find that their sex drive is significantly impacted as they can no longer perform the same way they could while under the influence of meth. Due to the high dopamine levels that meth produces, many gay men find that they can feel pleasure is severely impacted. Adjusting to sober sex proves to be one of the most demanding challenges for gay men.

As individuals begin to enter into sober romantic or sexual relationships, there is often a difficult adjustment period as the substantial difference from sex under the influence to sober sex does not produce the same feelings of satisfaction and pleasure. This is often a leading cause for relapse as individuals want to feel the same level of connection and gratification. For this reason, when gay men are in early addiction recovery, it is strongly encouraged to refrain from entering into any romantic or sexual relationships for one year to allow the body and mind time to adjust to a new sober way of life.

It is widely known that engaging in meth use can severely damage an individual’s overall physical health. Within the gay community, individuals run a higher chance of contracting sexually transmitted infections or HIV. The Center for Disease Control and Prevention has shown that gay and bisexual men who engage in meth use have a significantly higher chance of contracting these diseases than straight men. One study showed that gay men engaging in meth use were twice as likely to become infected with AIDS and five times more likely to contract syphilis than straight men.

For gay men who have become infected with HIV, meth use creates more potentially dangerous reactions within the body that put an individual’s life at risk. Studies have demonstrated that someone who is HIV positive and using meth will potentially promote a virulent strain of HIV within themselves, also known as the “Super strain.” If someone is potentially infected with the “super strain” of HIV and engaging in random sexual encounters, the chance of spreading this infection significantly increases.

Those individuals that are HIV positive and taking medications to maintain the spread and symptoms within their own body but still engaging in meth use are actually finding the effectiveness of the life-saving medication are severely reduced. Studies have shown that after a year of meth use within gay men, there is a lower ratio of CD4/CD8 cells which impacts the body by lowering resiliency within the immune system. Additionally, those gay men using meth also have shown larger ratios of HIV present within their semen.

What is even more dangerous for this community is that meth use often spirals into combining various drugs within one user session. The gay community is known to have the largest population of individuals engaging in the “party drug” scene. This means that, along with the use of meth, gay men are often pairing their use with other potentially dangerous drugs such as GHB, Ecstasy, Special K, or Viagra. A recent study has shown that HIV-positive gay men engaging in meth use paired with viagra can rapidly increase HIV production within the user’s brain. The gay community has the largest ratio of individuals that engage in “speedballing,” meaning that they use meth and a sedative at the same time. This potentially lethal combination puts the user’s life in jeopardy each time drugs are used in this format, with many succumbing to their addiction in this manner. In 2019 alone, there were over 70,000 drug-related overdose deaths, and of those 70,000, there were 16,000 deaths related to a meth overdose. These staggering numbers indicate that it is time to look closer at this evolving and growing epidemic and provide the gay community with the support and treatment options they need to remove the powerful ties of addiction from their life.

There have been great strides within society to become an inclusive space for everyone. It is time to look deeper into how society can work together to support the gay community to thrive and end the devastating cycle of meth use. Gay men have the right to an addiction treatment program that values and respects each patient for who they are as a person while providing a safe space for healing and personal growth, such as the LGBTQ-friendly addiction treatment center offered within Muse Treatment in Los Angeles.