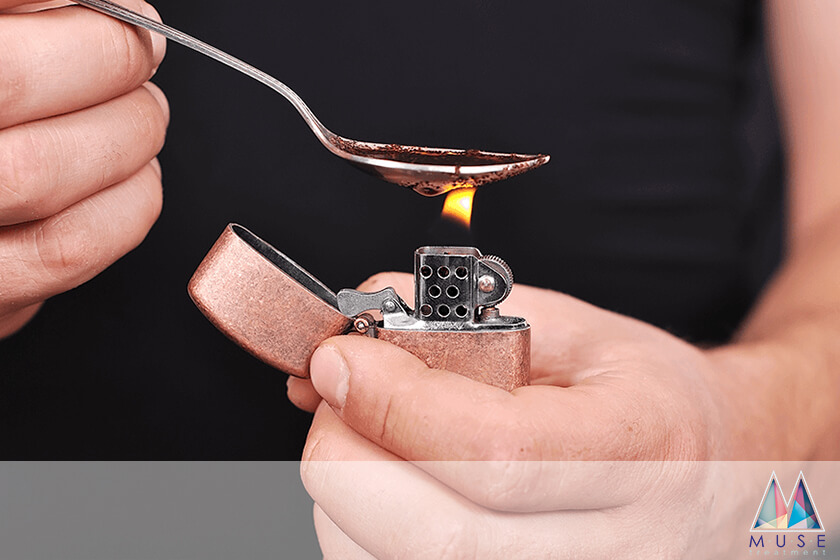 For generations, heroin has been considered the most severe drug on the spectrum of illegal drugs. Its use and abuse bring with it a slew of terrible and terrifying side effects and diseases. For many people even the word heroin itself causes a visceral reaction. If you suspect someone you care about is using heroin below are several symptoms to look for.

Anyone abusing heroin will likely have major changes to their behavior. You will notice a lethargic attitude when abusers are under the influence of heroin, and severe anxiety when they are not. Withdrawal from heroin is physiologically traumatic, and anyone abusing heroin will certainly exhibit symptoms of withdrawal from time to time. Other behavior changes include; dishonesty, stealing, criminal activity, and a singular focus on obtaining and using the drug. In social situations, heroin abusers will likely have to excuse themselves to the bathroom after a relatively short period of time so they can use the drug to regain their composure. Heroin abusers, due to their singular focus on heroin itself will very likely become unreliable. Abusers will have a difficult time making or keeping commitments. Abusers will also display many selfish and self-centered behaviors.

One of the most obvious symptoms of heroin abuse is weight loss. Any individual who has been abusing heroin for some time is certain to lose weight. Depending on the method of ingestion, be it intravenous, through the nasal cavity, or smoking, weight loss is inevitable. For abusers who are using heroin intravenously, abscesses, track marks, and scars on the skin in the hands, feet and arms are very common. When heroin is ingested in any form, the pupils become incredibly constricted and appear incredibly small. This is one of the most consistent symptoms of heroin use, and abusers will certainly exhibit this sign when intoxicated.

Generally speaking, individuals who are heroin abusers will have drastic changes to nearly all facets of their personalities. Unfortunately, as heroin is such a powerfully addictive substance, those who abuse heroin grow quickly dependent. This dependence causes many shifts in behavior and personality and it is not difficult to identify such changes. Heroin abusers who become dependent begin to arrange their entire lives around obtaining and using the drug and all other commitments and obligations fall to the wayside. The loved ones of heroin abusers are often easily able to spot this shift because it tends to happen so quickly. The grip of heroin is strong and relentless and those who abuse it become prisoners to its grasp almost immediately. If you or someone you know is experiencing these symptoms it is advisable to seek the assistance of a professional immediately.