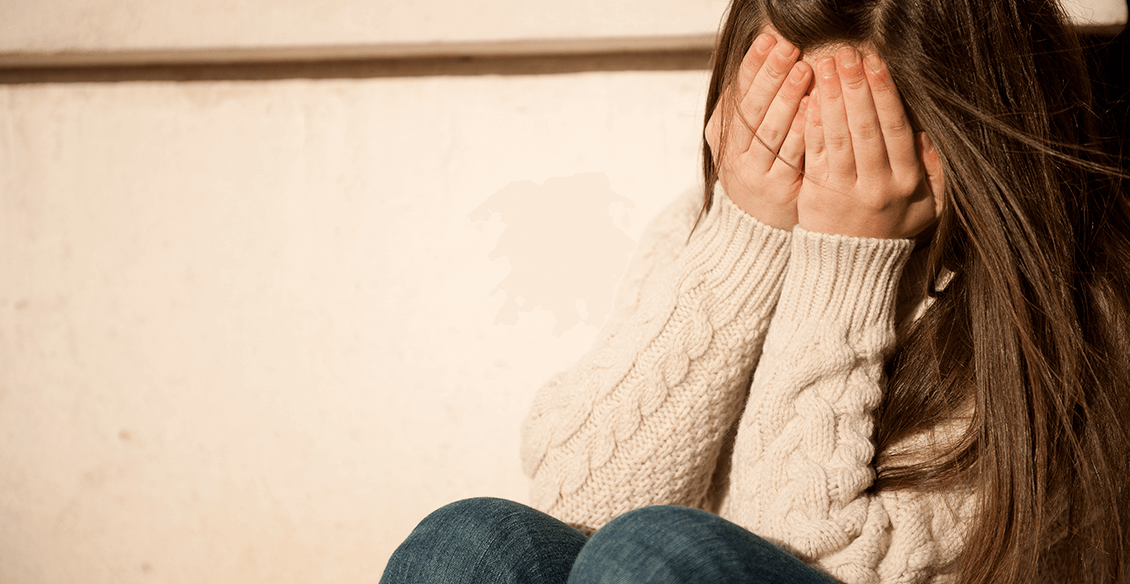 What is “post-traumatic stress disorder?” The dictionary definition of this disease is “a psychological reaction that occurs after experiencing a highly stressing event (as wartime combat, physical violence, or a natural disaster) outside the range of normal human experience and that is usually characterized by depression, anxiety, flashbacks, recurrent nightmares, and avoidance of reminders of the event—abbreviation PTSD; called also delayed-stress disorder, delayed-stress syndrome, post-traumatic stress syndrome.”

So, what does this mean in English? Who can get it? And, what are the symptoms?

PTSD is self-defined. It can develop in a person who has experienced or witnessed a traumatic event, or as a result of a dear one being placed in danger or in serious harm’s way. Traumatic events are found in “regular” life and in military life. Some examples of the kinds of traumatic events are childhood traumas (such as emotional and physical abuse), child neglect, being threatened with a weapon, domestic violence, life-threatening medical diagnosis, natural disasters, airplane crash, physical assault, rape or sexual assault, serious accidents, serious illness, being victimized by crime, the unexpected death of a loved one, combat exposure, terrorism, torture, or witnessing these events. This is not an exhaustive list, but only general categories of types of traumatic events that could lead to PTSD.

Who gets PTSD? Survivors of any of the events listed above, or of a serious life-threatening or other traumatizing event. It depends on the sensibilities and sensitivity of the individual involved.

The symptoms of PTSD are generally organized into a number of categories. They revolve around changes in personal behavior, changes in emotions, mood or response to events, and re-experiencing the event in the context of other events.

Things that remind a person of the traumatic event he or she has experienced or witnessed can trigger a change in personal behavior. These include feeling depressed, emotionally numb, guilt or worry; loss of interest in things that were enjoyable before the event; difficulty remembering the event; and avoidance of events, objects or places that are reminders of the event. An example would be after a robbery on a bus that he ordinarily takes to work, an individual would choose to take a cab or invest in a car so he can drive to work and avoid the bus. Or, another example is a woman, who regularly goes to parties, was sexually molested at a party. Following that horrific event, she declines all invitations to parties that her most trusted friend is either not invited to or is not attending. These are two examples of personal behavior changing in response to a traumatic event.

Take a person, who is typically full of joy, happiness, friendliness, and is optimistic about the future. She is engaged to be married. Her fiancé is on the way to a party being thrown in their honor, and he is tragically killed in a traffic accident. In the weeks and months following his death, her mood changes. She is unable to feel positive emotions; she feels negatively about herself and other people; instead of optimism, she is pessimistic about the future; she no longer has any interest in things she used to enjoy and is emotionally numb; and she has problems with forming and keeping close relationships. She is usually on edge, irritable, suffers from episodes of inexplicable anger, has difficulty concentrating and/or sleeping, and is constantly on guard for danger. These are tragic examples of changes in emotions, mood and behavior that are in response to the traumatic event of her fiancé dying.

Taking the same person, she has recurring nightmares of the party where she found out about her fiancé; she experiences extreme emotional distress and, often, a severe physical reaction when she sees someone who resembles him; and, while awake, she relives the night of the party as though it was happening once again. These are symptoms of PTSD as well.

PTSD symptoms can develop within months after a traumatic event, but sometimes symptoms may not appear until years after the event. These symptoms cause significant problems in social or work situations and in relationships. If you have disturbing and recurring thoughts and feelings about a traumatic event, if they’re severe, or if you feel like you can’t get your life back under control, talk to your doctor. Seek out treatment as soon as possible to help prevent PTSD symptoms from getting worse.