The Most Tragic Celebrity Drug Overdoses of 2021 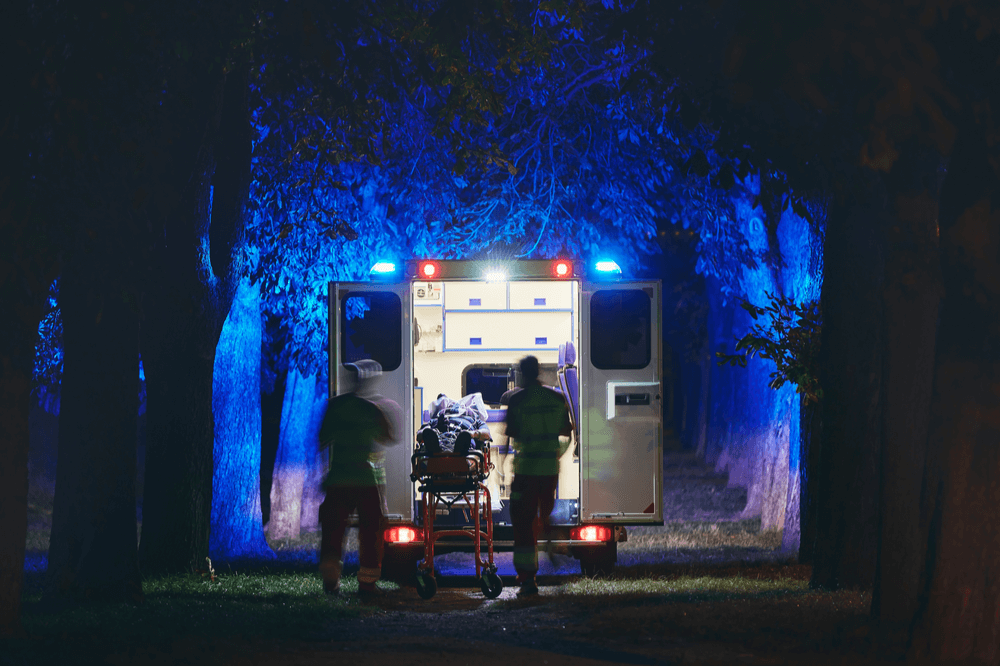 There is a common misconception that addiction and drug overdose impacts a person who has seemingly no direction in their life. The reality is that every person comes from their own unique background, and celebrity drug addiction is real. Many people start in difficult situations but can overcome all of them and accomplish their success. Several other people can grow into what appear to be successful individuals. However, several demons still seem to haunt them.

Michael K. Williams was a talented actor who had made his mark in the industry. He was mainly known by his fans for his work on two HBO shows: “The Wire,” where he played Omar Little, and “Boardwalk Empire,” where he played Albert ‘Chalky’ White. His addiction was something he could keep out of the public eye. Many people were stunned to learn that he passed away from a drug overdose on September 6, 2021, due to a combination of cocaine, heroin, and fentanyl.

The news of the death of model and actor Daniel Mickelson is yet another example of a life cut down too soon. Daniel Mickelson was only 23 when he passed away in Los Angeles. The LA county medical examiner quickly determined that his cause of death resulted from a combination of fentanyl and cocaine and ultimately ruled the death to be an accidental overdose. Although Daniel was working toward making more of a mark in the industry, he was still mourned by countless people due in large part to the fact that he was so young and he had so much potential.

Logan Williams was on his way to a promising career when his life was cut short at 16 years old. Williams’ acting career truly started to take off when he landed the starring role in the popular television show “The Flash” as the lead star. Although everyone was impressed by Williams’ acting, no one knew that this young man had been struggling with an opioid addiction that had started three years prior. Although Logan Williams passed away on April 2, 2020, his formal cause of death wasn’t determined until 2021. His mother, Marlyse, was vocal about her hopes that her son’s death would not be in vain and that others would be more inclined to reach out for help.

Earl Simmons, better known by his stage name DMX, passed away from a drug overdose on April 9, 2021. Growing up, Simmons had a difficult life, and, at one point, he even lived on the street. It has been reported that he became addicted to crack cocaine at the age of 14. However, once his rap career took off, DMX found himself in hot demand. Although DMX was incredibly popular, his addiction always followed him, and he would end up going through drug rehab programs multiple times.

DMX came close to death on February 10, 2016, when he was found unresponsive and was ultimately revived through the use of Narcan. Although witnesses claimed to see DMX consume something before he collapsed, law enforcement officials did not find anything illegal. DMX claimed that he has suffered from lifelong asthma and that the episode resulted from an asthma attack.

At approximately 11 p.m. on April 2, 2021, DMX was taken to the hospital after suffering from a heart attack as a result of a drug overdose. The following day, his attorney and family reported that he was on life support and was designated to be in a “vegetative state.” On April 9, 2021, DMX passed away due to multiple organ failures. His official cause of death was deemed a heart attack driven through by cocaine overdose. After his death, fans and celebrities alike praised DMX for his talent, which is something that was gone far too soon.

Getting Help for Drug Addiction at Muse

If you’re struggling with an addiction to drugs, this is not a condition that you have to suffer with alone. At Muse Treatment Center, we provide you with a plethora of opportunities to work through your addiction so you can go on to live a healthy and sober lifestyle. Many people that struggle with addiction will need to begin their treatment plan in a detox program. This is because their addiction has become so severe that they will experience certain types of withdrawal symptoms when they no longer consume their drug of choice.

Many people make the mistake of thinking that detox is something that they can manage on their own in the security of their own home. However, this could be a potentially fatal mistake. Withdrawal symptoms are unpredictable and can be severe enough to render you unable to care for yourself during this uncertain stage in your recovery. Even though you may feel as though you can take care of yourself or have a friend or family member help you because your symptoms begin on the more mild side, this could lead to severe problems for you. You should always reach out to an experienced team at a safe and secure detox facility to help you through this phase and avoid a drug overdose.

Once you are in a better place both physically and psychologically after your detox time, you can begin to focus on your overall recovery path. One of the most important decisions that you will need to make at this point is whether you are going to navigate through an inpatient program or an outpatient program. Keep in mind that your intake team will be able to provide you with a more comprehensive explanation as to what you can expect when you commit to one of these programs once we have a better understanding of your background and your goals.

For clients that recently completed a detox program, it’s strongly recommended that you seriously consider committing to an inpatient treatment program. The reason for this is that when you transition into a detox program, you will enjoy the same high level of around-the-clock care you did during the time you were in detox. Our team will provide you with a home away from home type of environment to truly focus on yourself and your recovery. If there is ever anything that we can do to make your time in drug rehab more prosperous, just let us know.

Whereas an inpatient program requires that you live on our campus throughout the course of your drug rehab, outpatient programs are much more flexible, which is why they tend to be a popular option among a client that may have work or school responsibilities. Our intensive outpatient and general outpatient programs will still provide you with the care and support you need to overcome your addiction. If you’re interested in this option, we recommend that you let us know your current schedule so our recovery team can begin to develop a program that works best for you based on your situation.

Whether you decide to work through an inpatient or one of our outpatient programs, therapy will be at the center of your treatment plan. You can expect to participate in a multitude of treatment options that will help you address the root cause of your addiction, which is key to overcoming it. Although therapy may feel awkward or uncomfortable at times, you will come to see that other people you’re talking to can relate to what you have been through. You may also come to find that the root cause of your addiction is not something that you need to be afraid of and that it is something that you can work through. While it may take some time, with consistency, you will quickly learn that sobriety is manageable in your life with the right help.

At Muse Treatment Center, our focus is on helping every client overcome their addiction to live a healthier life. Suppose you feel as though your wake-up call has come through listening to a celebrity drug addiction story, or you have simply had an epiphany in your life. In that case, our intake team is available right now to provide you with the direction and the tools that you need to work through your addiction. For more information about drug overdose prevention, please get in touch with us today at (800) 426-1818.