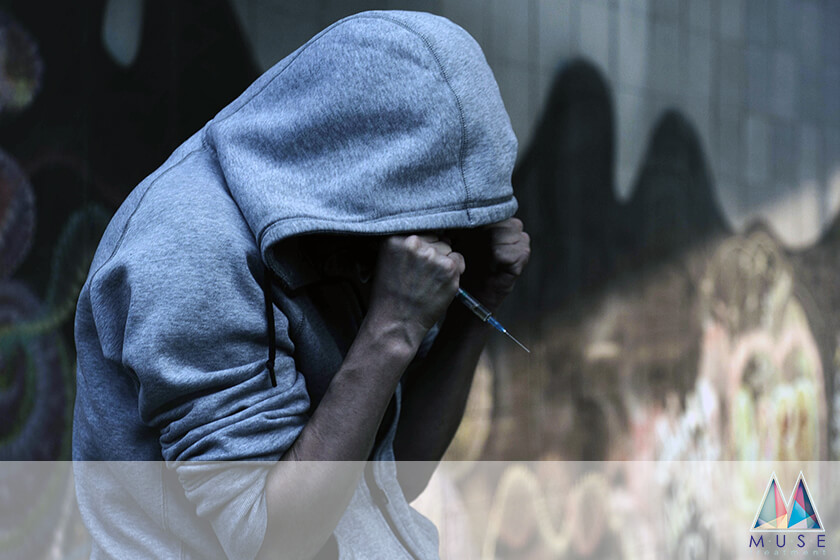 The term “functioning” is far from a manageable life.

Most addicts are functioning for a time. They go to work each day, pay the bills, and somewhat maintain relationships. All signs show they are “functioning” as an adult.

Understanding a functioning heroin addict is the knowledge that these activities are hanging by a thread for addicts.

Addicts have no choice but to lie. Meeting their supplier is feigned as an important appointment to their employer.

Asking for financial support to pay the light bill means the amount of drugs they need has gone up. And, getting their Heroin is always more important than a family birthday party or Sunday dinner with mom.

If they are unable to get the drugs they need, “dope sick” is hours or days of severe illness. They remain off the grid, with no explanation.

What the outside world may see is far from reality.

The Truth of the Functioning Heroin Addict

Here’s the truth about addiction in general: Nobody, on God’s green earth, wakes up one day and pronounces, “I think I’ll be an addict now”. It is no more a choice than having an over-active thyroid or bad gums.

And, heroin is not typically anyone’s first choice when looking for a high. How most end up where they are is from opiates of a different color use.

Percocet, Oxycodone, Vicodin, or other painkillers are usually the starting point.

(Just to understand the scale, shows that enough prescriptions for painkillers were written in 2012 to give every single American their own bottle of pills)

The difference between those who become addicted and those who don’t is an intangible. It’s not something we can point to, or find on an x-ray.

But for those who become addicted, it becomes, even if they become sober, the life-long knowledge that they got “the gene”.

Why Heroin Becomes the Best Option

Addiction to painkillers causes more than a few problems. Even though they are legal, an addict cannot get a prescription for them forever.

At some point, Doctors will stop prescribing them, and the addict then has a few choices.

They can buy them on the street, which is prohibitively expensive. Just one tablet of the drug can cost as much as $50. So, for those whose habit is just 5 per day, for example, $250 per day can be hard to come by.

At this point, going “cold turkey” is painful, sickening, and can last several days. The cheapest answer to both problems, is heroin, at a mere $5 in some cases.

And, it is just as easy to find as their tablet counterpart. Because heroin mimics all the properties of legal painkillers (opioids), users find immediate relief. And most say, it is an even better high.

For some, taking just enough to feel “normal”, that is, relieving them of painful withdrawal, is good enough. They are able to function.

They can go to work, take care of themselves and their family, and appear to function just like the rest of the world.

The functioning heroin addict isn’t out of place anywhere.

The Slippery Slope of the Heroin Addict

There are former addicts who offer their stories of using heroin while working high-paying jobs, managing offices, and working as school principals.

Those who use heroin intravenously hide the evidence under long-sleeved shirts or business suits.

They admit some of those closest to them may have discovered their “secret” of drug addiction, but keeping it hidden was foremost to continuing the usage.

And, of course, there is the strong social stigma associated with using Heroin. If an alcoholic approach their employer and admits to a problem, chances are good they’ll get a referral to the help they need.

Whether or not they lose their job, is at least up for discussion. For the functioning Heroin addict, there is likely no such understanding. Functioning heroin addicts are fired, shunned, and demonized.

Unfortunately, our society relegates them to street thugs who pass out in alleyways and overdose in cheap hotels. If they are found out, they can lose everything.

The Prison of Heroin Addiction

Just as we need to know where the nearest store is to our home, a functioning heroin addict must always remain near their dealers. Once their connection is established, they are bound to them like a prisoner.

If they lose their supply, there will be dire consequences. So, imagine what happens if their dealer doesn’t have what they need on any given day. The supply didn’t come in.

It’s a wait fraught with anxiety, withdrawal begins, and perhaps they are stuck in a meeting at work. Their mind is on only one thing: getting their supply.

Since their mind refuses to work normally for them, they are oblivious to anything until that need is satisfied. Physical symptoms may start to become obvious.

Suddenly, they need to get the hell out of there. But, how? Since they cannot think rationally at this point, any excuse will do. But, it has been some kind of emergency. Someone died. There’s been a terrible accident.

Now, imagine over time, this happens again and again. And, as the functioning heroin addict increases their dosage, which is inevitable, more is needed and withdrawal symptoms worse.

Mistakes are made, too many lies are told, and the spiral downward gains speed. Former addicts have stolen money, used drugs at work, and have been arrested along with their dealers, all while seemingly functioning through their life.

The Best Choice is Often the Last One

It may be easy to judge a functioning heroin addict. They have so much to lose, and yet, they are gambling it all away. Everyday.

Heroin overdoses increased five-fold between 2010 and 2016. However, even the distant bell of a possible death doesn’t seem to deter them.

How is it possible? Why don’t they get the help that is available to them?

Chances are, they have already considered getting help. However, treatment represents “honesty” in the face of a what has become a whole life of lies.

For those who love them, your acceptance is critical for their first step toward recovery.

For those who need help, we are here for you. Muse Treatment has been built on the understanding that a caring rehabilitation program never discriminates.