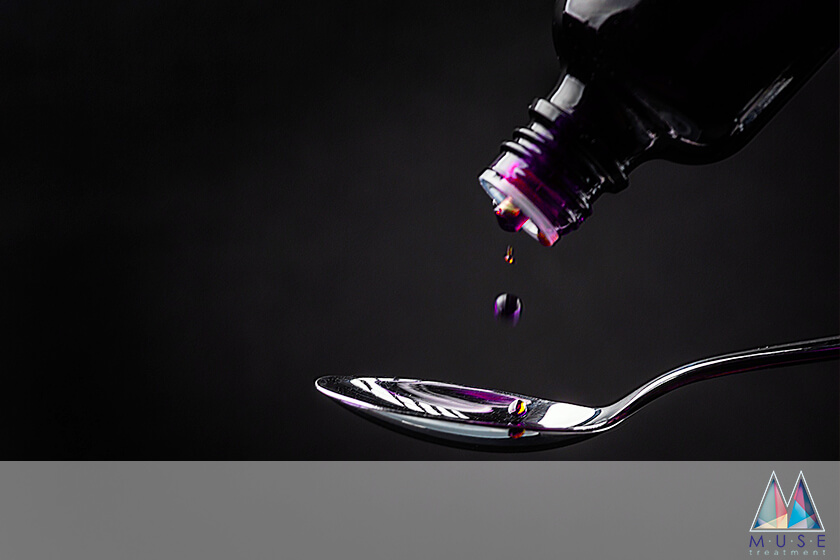 There is no doubt that America is facing a huge battle with codeine abuse. Learn more about the emergence of this popular new drug, signs of abuse and what codeine is, right here.

The increased availability of prescription narcotics has created an opioid abuse crisis in the United States. Recent estimates show that more than 12 million Americans have abused prescription painkillers.

Often, the phrase “opioid epidemic” makes folks think of the most powerful drugs like morphine and fentanyl. But even more moderate drugs like codeine can lead to abuse. Codeine is a moderate-strength opiate used to treat pain and suppress coughs.

Are you concerned that you or someone you know might have a problem with codeine? Let’s take a closer look at what codeine abuse is, and what you can do about it.

Before we look at the specifics of codeine abuse, it is important to have some background information about the nature of the drug.

While codeine is a less powerful drug than morphine, it is still habit-forming. This partly because the liver actually metabolizes codeine into morphine, meaning that it has many of the same effects. That said, this feature makes it take longer for codeine to have a pain-killing effect.

How is Codeine Taken?

Codeine can be administered as a pill that patients take orally. It is also sometimes paired with acetaminophen for dental pain, or added to prescription cough syrup to help suppress coughs. Typically, a doctor will not prescribe more than 120 mg of codeine per day.

Instances of codeine abuse have recently increased among young people due to a fad called “Sizzurp.” Sizzurp, a slang term for syrup, also goes by the names of “purple drank,” and “lean.” It contains a mix of codeine-based prescription cough syrup, soda, and other sweeteners.

One of the dangers of this trend is that rap and hip-hop artists have helped to popularize it. And, since it consists of fairly common ingredients like cough syrup and soda, many young people do not understand its dangers and the reality that they’re consuming a pretty potent opiate.

Why is Codeine Dangerous?

If codeine is not as powerful as other opiates and is not metabolized as quickly, then is codeine abuse truly dangerous? The short answer is yes; let’s look at the long answer.

As with other narcotics, excess codeine can have serious effects on the central nervous and respiratory systems. This can lead the heart or lungs to stop and can cause death. In less severe cases, codeine can lead to nausea, hallucinations, and seizures.

With any narcotic, the patient’s body eventually builds up a tolerance. This means that they will need to take more and more of the drug in order to get the same effect that they got once before.

So, while codeine itself may be a moderate narcotic, a person using narcotics will not be satisfied with codeine for long. This will lead them to seek out stronger opiates, like morphine, Oxycontin, or fentanyl. These powerful opiates can quickly lead to more dangerous effects.

Are you concerned that you or someone you love may be developing a dependence on or addiction to codeine? If so, it is important to know what signs and symptoms to look for.

Before you develop an addiction to a drug, your body will develop a dependence on it. Identifying this early can make codeine abuse easier to treat.

Dependence happens when you feel like you must take the drug in order to feel well. Unfortunately, dependence can sometimes develop when taking the drug normally as prescribed by a doctor. If you have been prescribed codeine, and fear you are becoming dependent, make sure to reach out to your doctor.

One of the tell-tale signs that you are developing a dependence or addiction is the presence of withdrawal symptoms. These symptoms occur when your body tries to work without codeine.

Early on, the symptoms of withdrawal can be easy to miss. This is because symptoms include irritability, anxiety, sweating, muscle aches, trouble sleeping, and elevated heart rate. More severe symptoms may include nausea, vomiting, diarrhea, and chills.

Millions of patients are prescribed codeine every year, and not all of them develop a dependence or addiction. So why do some patients become addicted?

A major risk factor for drug dependence can be genetics and family history. Some folks simply metabolize drugs more quickly, putting them at higher risk of developing dependence. If you know that you tend to have a strong reaction to medications, be very careful before using prescription narcotics.

Another factor that can increase risk for codeiene abuse is the patient’s history of taking medications. If you have been prescribed codeine or other narcotics in the past, your body may require a higher dose of codeine to experience pain relief. This can place you at a higher risk of developing a dependence or addiction.

What are the Treatments for Codeine Abuse?

As with other narcotics and addictive drugs, the best treatment for codeine abuse is a drug rehabilitation program. Typically, patients can choose from a residential program or an out-patient program. Choosing the right program for you will depend on your specific needs.

On the one hand, out-patient programs provide more flexibility. In these programs, you can maintain parts of your daily routine, and may even be able to continue working while receiving treatment. Also, some patients enjoy the comfort of sleeping in their own bed every night.

By contrast, other patients prefer to get out of their home environment when seeking drug rehabilitation. This is especially important for folks who are surrounded by potential stressors, temptations, and other bad influences. Also, if the addiction is more severe, a residential program provides the benefit of full-time dedication to getting well.

Get Treatment for Codeine Abuse Today

If you or someone you love is suffering from codeine addiction, the time to get treatment is now. Acting early is essential for the best results.

To learn more about how to get treatment for codeine abuse, take a look at our rehabilitation options. Our treatment process will pair you with an individualized plan that meets your needs.