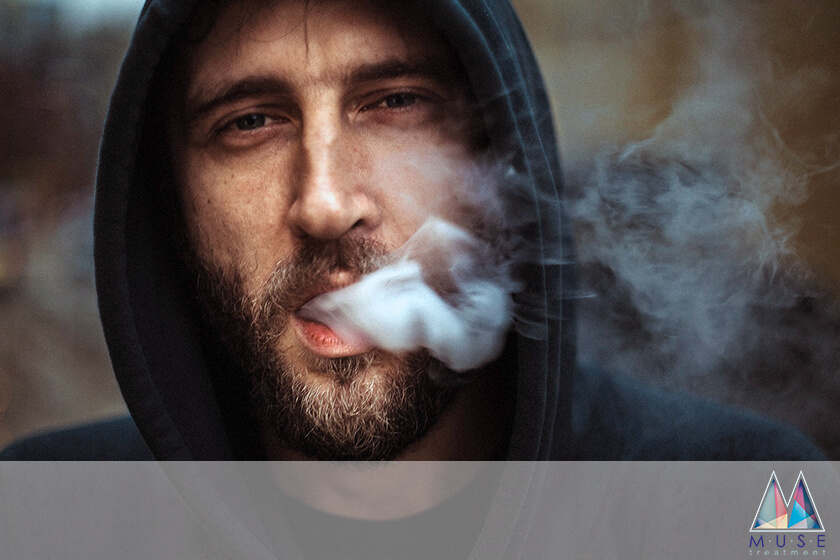 A crack addict in the movies has become a stereotype. But in real life, they don’t always resemble their Hollywood alter egos. Here’s what you should know.

Like alcoholics and marijuana users, crack addicts are subject to widely-held stereotypes that are largely incorrect.

The Dave Chappelle Show depicted this crack stereotype perfectly. Chappelle’s portrayal was a poor, African-American man living on the streets who couldn’t get enough crack.

In reality, the portrayal of a crack addict commonly seen in movies or television is largely inaccurate.

False perceptions of crack cocaine users are racially motivated. Factually, more Caucasians use crack than African-Americans in the United States.

There is also a widely-held belief that crack users spend all day tracking down their next high. Rather, new scientific research shows that a crack addict can temporarily suppress an addiction to make sound financial decisions.

Read on to learn more about crack addictions. Explore common symptoms of crack usage, its long-term impact on the body, and what treatment options are available.

What Is Crack Cocaine?

Crack is a form of cocaine that comes in multi-colored crystals. In its powder form cocaine is snorted through the nostrils, however, crack cocaine is heated up and smoked.

Crack cocaine is a much riskier drug than powder-form cocaine. The reason being is that crack cocaine can be 100% pure, meaning it is a much more potent drug.

Smoking crack cocaine allows the drug to reach the brain faster than snorting.

As a result, it is more likely to establish an addiction. Like heroin, an addiction to crack cocaine can form after the first time it is used.

Why Do People Choose Crack Cocaine Over Other Drugs?

The number one reason crack cocaine is popular is its cost. There is an abundance of supply and it is very cheap.

This is the opposite of powder-form cocaine, which is expensive and stereotyped as the drug of choice for rich Caucasians.

It gives users an immediate burst of energy along with intense feelings of euphoria and self-importance.

The irony behind the cheap cost of crack cocaine is that the high only lasts 5 to 10 minutes. This leaves a crack addict needing to purchase more to satisfy their addiction.

Ultimately, this makes the long-term cost of crack not significantly different than other popular drugs.

Who Is Using Crack Cocaine?

There are nearly 9 million Americans aged 12 and older that acknowledge using crack cocaine. In addition, 3.2% of high school seniors have used crack.

If Hollywood was utilized for research, you would incorrectly believe that crack cocaine users were inner-city African-Americans. The data tells an entirely different story.

According to the National Survey on Drug Use and Health, the facts are that 55% of crack users are white. On the other hand, African-Americans represent just 37% of users.

While this statistic may be surprising, the statistics for America’s youth are downright stunning. A young Caucasian is actually nine times more likely to try crack cocaine that an African-American youth of the same age.

Crack cocaine is also popular amongst victims of childhood abuse. The drug is often used as a coping mechanism for trauma suffered in the past.

This is certainly not the perception that has been created by Hollywood and the media.

The lesson to be learned here is that just because you live in the suburbs or rural America, does not meet your child is immune to trying crack cocaine. The reality is that your child is likely to try a drug, and as a parent, you must be vigilant and engaged.

How to Spot a Crack Addict

While there are many different signs of crack addition, we are going to walk you through the most commonly observed symptoms.

The old adage that the eyes don’t lie is true for crack cocaine. The drug dilates and enlarges the pupil, making this one of the easiest ways to spot a user. Crack cocaine users may also have bloodshot eyes.

Another tell-tale sign of usage is wild mood swings and depression. Remember that crack cocaine offers users an immediate and short-lived euphoria.

The drug operates by increasing the volume of dopamine, the feel-good chemical, to the brain.

When the high wears off, it leaves users drained of dopamine and strong feelings of depression replace the euphoria. Logically, these extreme highs and lows lead to the wild mood swings.

Another common sign is unexpected or inexplicable financial struggles. As alluded to before, maintaining a crack cocaine addiction is very expensive in the long-term.

Financial hardships, combined with the symptoms mentioned above, are a strong indication of addiction.

Lastly, temporary bursts of energy and activity are another signal of usage.

Is There a Racial Element to the Response to the Crack Epidemic?

Unfortunately, it appears that the stereotypes fueled by Hollywood and the media are impacting the government’s response to crack.

The suspicion that race has had an impact on the judicial system is being reinforced by the government’s response to the highly-publicized heroin epidemic.

In the 1980s, when crack cocaine usage was at its peak, the response was a legal crackdown. Decades later, as heroin wreaks havoc on Caucasian suburbs, the government’s response focuses on treatment and rehabilitation.

How to Treat a Crack Addiction

In order to break the addiction to crack cocaine, an extended stay at a rehabilitation center is required.

After a successful detoxification, patients may relocate to a residential rehab center to continue their treatment.

The focus at the rehab center will be therapy. Doctors will attempt to eliminate the psychological roots of the addiction.

There is no set timetable for a stay at the residential rehab center. Based on the strength of the addiction, it could range anywhere from one month to a year.

Hopefully, the myths centered around crack cocaine have been busted. Anyone can fall victim to a crack addiction, and there are amazing treatment options available to break that addiction.

If you have any questions about crack addiction or are interested in treatment options in the Los Angeles region, do not hesitate to contact us to obtain the help you need.