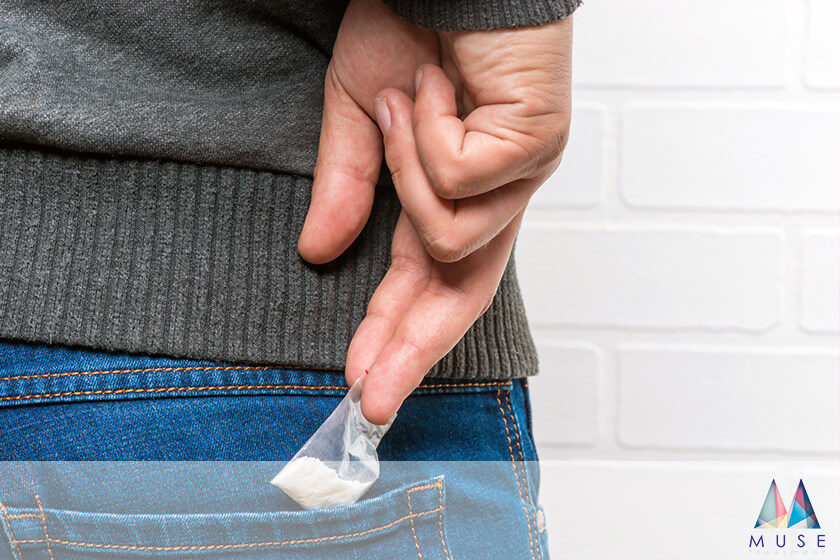 How Do I Know If Someone Is on Heroin?

Do you suspect that one of your friends or loved ones may be a heroin user? Here’s a guide to help you spot the signs of heroin use and determine if someone is you know is on heroin.

Almost 13,000 people die from heroin overdoses each year, making it a more frequent cause of death than gun homicides.

Increasingly, the “face” of the addict is transforming.

Groups that were historically not closely associated with the drug epidemic — specifically women, high-income earners, and those with private insurance — are no longer immune.

As such, it can be difficult to pinpoint if someone you know or love is using the drug.

While there are some physical signs to look out for, there are myriad emotional and psychological ones that can be harder to spot.

Today, we’re breaking down a few ways you can discern a user, and what to do if your suspicions are confirmed.

Physical Signs of Heroin Use to Look Out For

When you’re first assessing someone to see whether or not he or she uses heroin, there are a few key physical symptoms you’ll want to check.

The drug acts quickly on your system, meaning that it doesn’t take long to feel the high — or display its debilitating effects.

Immediately After Drug Use

If you suspect someone just took the drug, there are a few signs that will present themselves shortly after use.

For one, check their eyes. If he or she just used the drug or is a frequent abuser, their pupils will constrict. In some cases, the pupils can be as tiny as the point on a pin.

Their mouth will also be dry, and their skin (especially the skin around their mouth) will appear flushed.

Additionally, if there is heroin in their system, you’ll also notice that they have a difficult time staying awake and tend to nod off, even mid-conversation.

If someone is injecting the drug, you can also check for swollen spots, or abscesses, in the areas where you suspect he or she may be inserting the needle. Bruises and needle marks may appear here as well.

In addition to these signs, users can also exhibit nausea or vomiting. Their skin may itch and appear blotchy, and they’re also more prone to other skin-related diseases due to a compromised immune system.

As with other opiates, heroin addiction can also cause extreme constipation. If you already suspect someone uses the drug and spot laxatives around, this could be a key sign that they’re dealing with this uncomfortable side effect.

Over time, a user’s ability to absorb the drug may improve, and higher, more deadly dosages are attempted. When taking an especially large amount, a user’s breathing can become labored and slow, which can eventually cause death.

A user will experience extreme bouts of incoherence, often unable to follow a single thought through to completion. Memory is also commonly impacted, and a user may forget where they are or how they got there. He or she may also have slurred speech.

Like other intoxicants, heroin can also impair someone’s self-control and decisionmaking, so look out for signals of unrestraint and impulsive behavior.

Heroin Paraphernalia in the Environment

Apart from physical or mental symptoms, you may also be able to determine if someone is using based on the drug-related tools and accessories found in his or her environment.

The drug is mainly snorted or injected, but it can also be smoked. As such, there is a range of equipment that can be associated with it.

Traces of the Drug

Of course, if you see the substance itself, that could be a clear-cut sign that someone is using the drug, or is physically close to someone who is.

In its pure form, heroin is a crumbled powder. It can be white to dark brown, depending on its composition.

Another form of the drug is known as black tar heroin. This is not the typical consistency and is rather a sticky substance with a shade that matches its name.

If you see any of these substances lying around, or a small bag with traces of the powder in it, this is cause for concern.

Even if you don’t see the drug itself, there are other ways to discern if someone is using the drug. For instance, if you see pipes (either glass or metal) in the environment or syringes, these could be a sign that drug use is taking place.

If it’s injected, the drug will have to be dissolved down. This is often done with a spoon and a lighter, so the presence of these items — specifically a used, dirty spoon — could be a sign as well.

Those who inject will also need a mechanism by which to enlarge their veins. In this case, look for belts or other tourniquets in the site you suspect the drug use is taking place.

If you suspect someone is a user, that person may actually be exhibiting symptoms of drug withdrawal.

While many of the withdrawal symptoms are the same as those the user exhibits while under the influence, there are a few key differences.

If your friend or loved one begins complaining of all-over body aches, quick flashes of cold, or sudden, uncontrollable leg movements, these could be signals that their body is adjusting to the absence of the drug.

As their body regulates, they may also experience diarrhea, restlessness, and a general feeling of anxiety.

How to Help a Heroin User Find Support

If you think someone is using heroin, it’s important not to jump to conclusions. While there are some blatant signs that may appear as definite evidence, such as seeing the substance, the entirety of the situation must be taken into consideration.

That’s why it’s important to connect with a local, reputable drug rehab center to carefully plan your next steps.

Look for one that has multiple treatment plans and programs so that if admittance is required, the recovery process will be as successful as possible.

If you believe someone you know is struggling with drug use, please reach out to us today. You’re not alone on this journey and speaking out can be the catalyst to change!