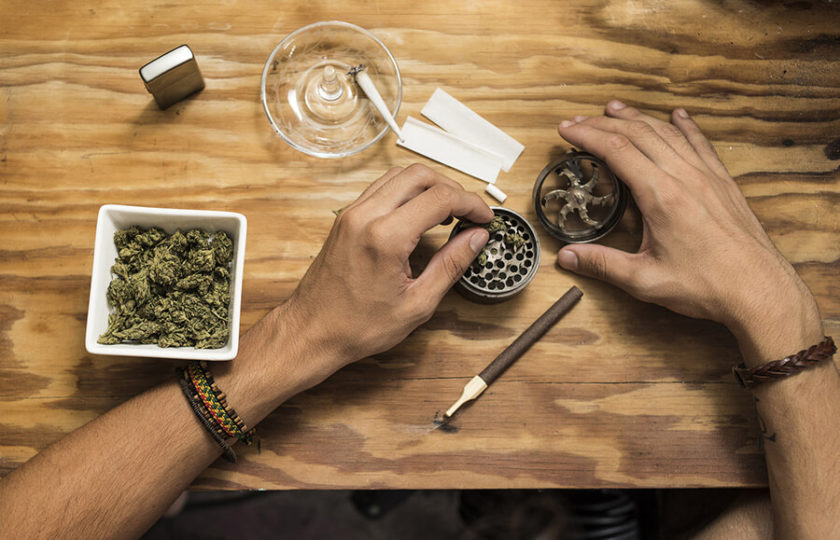 Despite marijuana’s limited legalization in more than half the US, marijuana addiction is a real thing. Here are the signs and symptoms to look for.

If you or a loved one are struggling with marijuana abuse your first instinct might be to try cutting back or quitting altogether. But what many don’t realize is that marijuana addiction is a real thing– as serious as any other drug or alcohol addiction.

In fact, more and more people are seeking voluntary treatment. 9% of marijuana users report being addicted to the drug.

But now that marijuana is legal and recreational some people are confused to the addictive qualities of the drug. Unfortunately, just because something is legal doesn’t mean it is not addictive.

Ask any alcoholic or their family. Alcohol is legal but it leads to over 80,000 deaths per year in the U.S.

Wonder if marijuana addiction is real? Here’s what you need to know:

1. What Are The Health Effects of Marijuana?

Marijuana is currently being touted as a wonder drug of sorts. Proponents of medical marijuana suggest it can help diseases and disorders as wide-ranging as PTSD, HIV/AIDS, Arthritis, Glaucoma, and MS.

But this has helped some believe that marijuana is only beneficial. Just like many other medical treatments, marijuana can have side effects and be dangerous.

Just as drugs like OxyContin were allegedly developed to treat medical issues there is no doubt they can be addictive. Watch any drug ad on television and you will see a list of side effects.

Marijuana is the same. In some users, marijuana can cause mood swings, depression, anxiety, paranoia, and schizophrenia.

Unfortunately, many marijuana addicts treat these symptoms by using more of the drug– only making things worse.

Experts estimate 9% of users will develop a marijuana dependency.

Because marijuana has evolved into a more intense political topic in recent years there is more information than ever on the internet and all over the news. Some argue that since marijuana is less harmful than alcohol and other drugs it should be legalized.

Unfortunately, with all addictions, there is still a lot of public misconception out there. Those without an intimate understanding of the medical condition might suggest more willpower or a drive to try harder.

There is no doubt that some people can use both alcohol and marijuana in safety. But for others, the problem isn’t so clear.

While there are lobbyists on both sides of the marijuana debate one thing is still true: People don’t know exactly if marijuana is more or less harmful than alcohol.

The multi-billion dollar industry behind marijuana use and legalization wants to persuade politicians and users that there is nothing to worry about.

But some people can’t use marijuana safely at all. Just like alcoholics, these people can suffer physically, emotionally, and mentally from marijuana use.

Marijuana addiction isn’t less real than any other addiction.

Some of the age-old ideas about marijuana addiction were created in a much different era. Years ago marijuana was less potent and likely less addictive than the current options available.

In fact, since the early 90s, the level of THC in marijuana has multiplied anywhere from 3 to 13 times.

While there may be many people who can enjoy recreational marijuana, the drug is stronger and more addictive than ever. For some people, there is no question about the addictive qualities of the drug.

4. The Complications of Legalization

One of the biggest misconceptions about marijuana use is that because it is legal in many states now there is less risk of people becoming addicted. They view marijuana as a gateway drug to harder opiates or speed and think with marijuana legalized they can avoid those pitfalls.

The old joke goes: I wasn’t addicted. I was able to smoke non-habit forming, non-addictive marijuana, every day for years.

Today’s marijuana is not just more intense. It is also more readily available.

Experts note that legalization leads to an increase in problems in the lives of people who have pre-existing substance abuse disorders.

Not all of us know about those pre-existing conditions until we have crossed over into addiction. And with more marijuana available, at a greater THC content than ever before, many people are suffering from addiction to marijuana.

Since there are clearly people who can use marijuana safely how can you know if you or a loved one has developed an addiction? One of the earmarks to addiction is if the person is using more than they intend to.

For some marijuana users who were once able to use the drug in moderation and enjoy the high, they may spend years trying to recapture the old enjoyment.

But if you or a loved one is suffering from any of the side effects listed here it may be time to reevaluate your own personal relationship to marijuana.

Plus, if you are continuing to use the drug despite suffering the personal consequences it might be time to get help.

While the depression and decreased social activity addiction to marijuana causes can make it hard to get assistance, sometimes this is necessary to get through the withdrawal.

Like all drug addictions, marijuana addicts wonder if they will ever have fun again after entering recovery.

But if you have trouble limiting the amount you use, or can’t seem to stop altogether when you want to, it may be time to get help. Plus, freedom from active addiction is the first step in a happy and healthy life.

Recovery doesn’t mean the fun ends. In many cases, it means the fun is just beginning. Without the drain on energy, finances, and emotions active addiction causes many people report a greater sense of joy than ever after being in recovery for a while.

Recovery is here for those who want and need help. You don’t need to go it alone. Don’t fall into the trap that marijuana is not addictive.

Get the help you need.

Contact Muse Treatment today to create a great start and a solid foundation for your recovery.