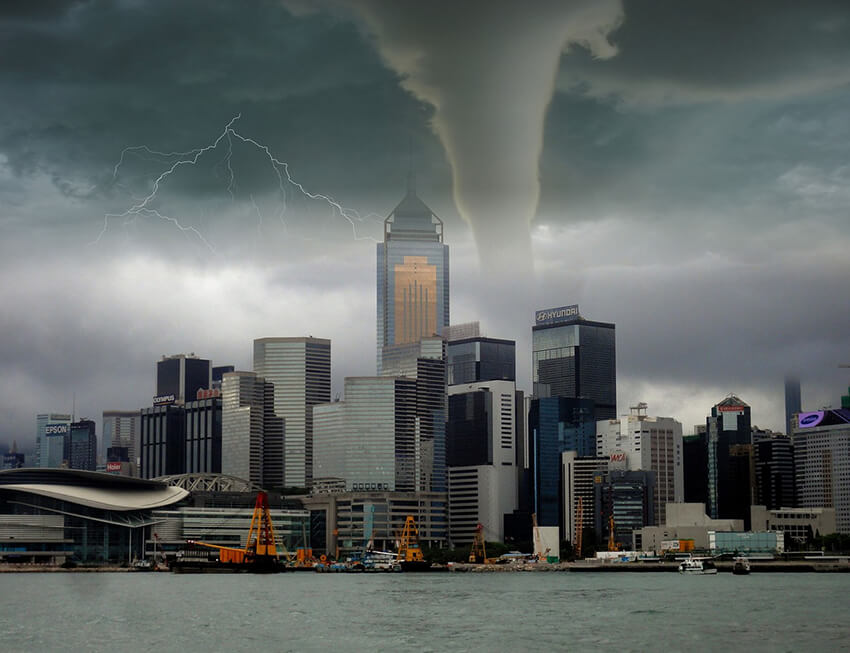 Tornadoes, floods, hurricanes and all natural disasters bring with them a certain level of acute trauma for those effected. In some cases, homes are uprooted, belongings are destroyed and families can be torn apart by destructive, naturally occurring phenomena.

Researchers from the University of Miami, along with several other academic institutions, conducted a study to see how natural disasters may effect the rate of substance abuse and discovered a strong correlation.  The study was focused around Hurricane Katrina, one of the greatest natural disasters in American history that devastated New Orleans, Louisiana.  One of the five deadliest hurricanes, Katrina took the lives of over 1,800 Louisianan’s and was one of the costliest disasters known to man.  The category five hurricane had immeasurable effects on New Orleans citizens, many of which are still recovering over a decade later.

The study examined rates of hospitalization from 2004-2008, directly before and several years after Hurricane Katrina hit.

Researchers attribute this alarmingly high rate increase to two factors, the first of course being trauma.  Victims of the hurricane lost family members, possessions and in some cases, their entire lives as a result of this horrific natural disaster.  It should come as no surprise then that many of the victims experienced long lasting post traumatic stress from the devastation, leading many to turn to drugs and alcohol to numb the pain of their losses.  The second factor was the decrease in population: as lives were claimed by the hurricane, the population of New Orleans was reduced and so the number of substance abuse related hospitalizations was magnified by the fact that there were less people.

The Substance Abuse and Mental Health Services Administration, part of the U.S. Department of Health and Human Services, warns that people traumatized by major disasters can be at particular risk for a substance abuse disorder.

Mental and emotional distress as the result of trauma, just like those caused by things other than natural disasters, can contribute heavily to a persons inclination toward substance abuse.  The researchers hope that the data uncovered in this study will help identify areas that are at a higher risk for substance abuse and potentially create a preventative measure to combat the effects.