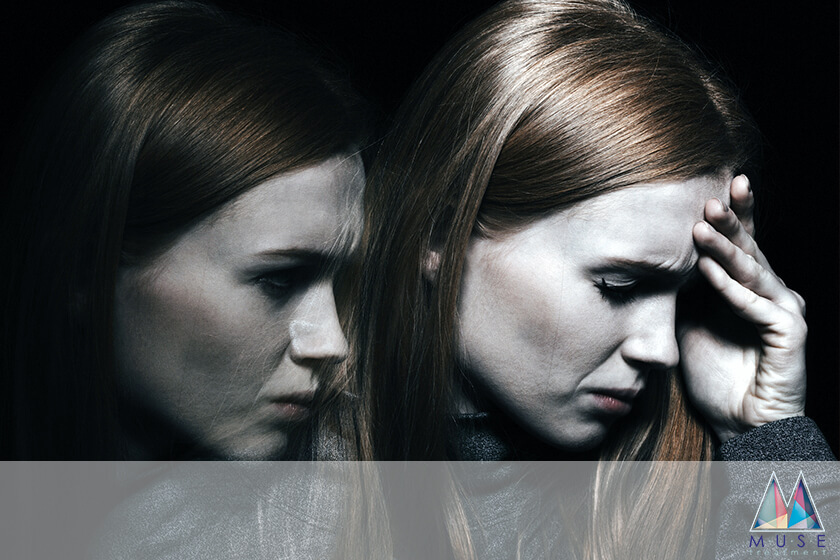 The Relationship Between PTSD and Alcoholism

It’s important to understand the link between PTSD and alcoholism in order to detect early problems and intervene with treatment where necessary. Read on to to learn how post traumatic stress disorder and alcohol abuse are connected.

Many individuals who have been to war, survived abuse or lived through a traumatic event struggle to cope afterward. They are left with life-altering depression and anxiety.

About eight million people in the United States have Post-Traumatic Stress Disorder (PTSD). About 75 percent of those people have abused alcohol at some point since the trauma.

Let’s take a moment to discuss the link between PTSD and alcoholism and what you can do about it.

What Is Post-Traumatic Stress Disorder?

PTSD is a condition caused by experiences of great stress or anxiety. Usually, the individual has seen or experienced a traumatic event. Any event that leaves a person feeling out of control or powerless can lead to PTSD.

Some common causes of PTSD include military combat and a violent assault. Others are natural disasters, childhood abuse, and sexual assault either as a child or as an adult.

PTSD causes flashbacks and nightmares. These usually involve crises that aren’t resolved in the person’s mind.

For example, a soldier who was captured and couldn’t fight his captors may have flashbacks. The flashbacks are the mind’s attempts to work through the unresolved fear and anger.

Likewise, a child who was sexually abused by a relative may have persistent feelings of helplessness as an adult. Among women, sexual abuse is one of the most common causes of PTSD and alcoholism.

PTSD sometimes causes what some call “survivors’ guilt.” The individual feels as though he or she did something wrong by surviving a trauma while other did not. These feelings can worsen depression and even lead to suicidal thoughts.

These symptoms can strike at any time. The often occur when the individual recalls the traumatic events of the past.

There are three general categories of PTSD symptoms. The first (1) category is re-experiencing the traumatic event.

Second (2) is avoiding any experience that invokes memories of the traumatic event. The third (3) category is hyper-arousal, like irritability or extreme anxiety or anger.

A psychologist may diagnose PTSD when the individual has symptoms for at least one month.

The most common effect of PTSD are flashbacks, which are when the individual re-experiences the traumatic event or events.

Psychologists theorize that trauma can damage the hippocampus. The hippocampus is the area of the brain that stores and retrieves memories. The flashback seems real to the person re-living them.

PTSD can cause an individual to avoid activities or thoughts that could trigger memories of the traumatic event. The result is emotional distance from loved ones. They lose interest in experiencing life.

The Link Between PTSD and Alcohol

Alcoholism and drug abuse fall into the PTSD symptom category of avoidance. The individual may use alcohol or drugs to avoid memories or to numb the fear of them.

Alcohol is a central nervous system depressant. Alcohol intake releases endorphins. This gives the person the sensation of pleasure. It also numbs the emotional or physical pain.

Veterans and others with PTSD have low endorphin levels. Thus, they are susceptible to addiction. The brain craves for both pain and stress relief. Alcohol provides that, if only temporarily.

The unpleasant side effects of alcoholism eventually take over the person. They suffer from memory loss, inability to make decisions, and mood alterations.

Dual Diagnosis of PTSD and Alcoholism

When you use alcohol or drugs to manage your PTSD symptoms, the symptoms become more and more severe. Alcohol abuse can increase the severity of your depression and anxiety. It also interferes with normal sleep patterns.

Someone with PTSD who abuses alcohol is more likely to show risk-taking behavior. You may drive under the influence or involve yourself in physical altercations.

Because of this, PTSD and substance abuse lead to legal problems, broken homes, employment issues, and even incarceration. You may have experienced one or more of these already.

PTSD and alcohol abuse side effects combined make it impossible to function in everyday life.

Dual-Diagnosis Treatment for PTSD and Alcoholism

Dual diagnosis, in this case, refers to someone with PTSD who also has an addiction to alcohol. Sufferers often report feeling a lack of control with PTSD.

Many turn to substances like alcohol that have mind-altering or psychological effects. They do this to regain some kind of control over their state of mind.

PTSD with addiction leads to a vicious spiral of side effects and emotional upheaval. PTSD symptoms all work against the individual. The result is a deepened sense of pain.

This, in turn, drives you to deepen your dependence on alcohol to provide relief.

Having both PTSD and alcoholism can only make both problems worse. The alcohol abuse must be part of your PTSD treatment.

A therapist who has experience with both can best help you. You and your therapist should discuss possible effects the drinking is having on your PTSD symptoms.

As we discussed above, alcohol can disrupt your sleep, increase your anger anxiety. It can increase your depression and cause problems in your relationships.

Getting the right treatment for this dual diagnosis is the way to a healthy life. The treatment options for people with PTSD and alcoholism include therapy and education. They also include detox programs, support groups, and medication.

You and your therapist should plan your treatment for PTSD and alcoholism so that you tackle problems together. You may have to go to separate support meetings.

After You Are Sober

Once you are sober, you’re faced with learning to cope with your PTSD to prevent a relapse or return to drinking. Without the alcohol to numb the physical and mental pain, your PTSD symptoms may seem to get worse.

It may be hard to remember that you have a better chance of overcoming PTSD without self-medicating.