What Drives the Economy of Los Angeles? 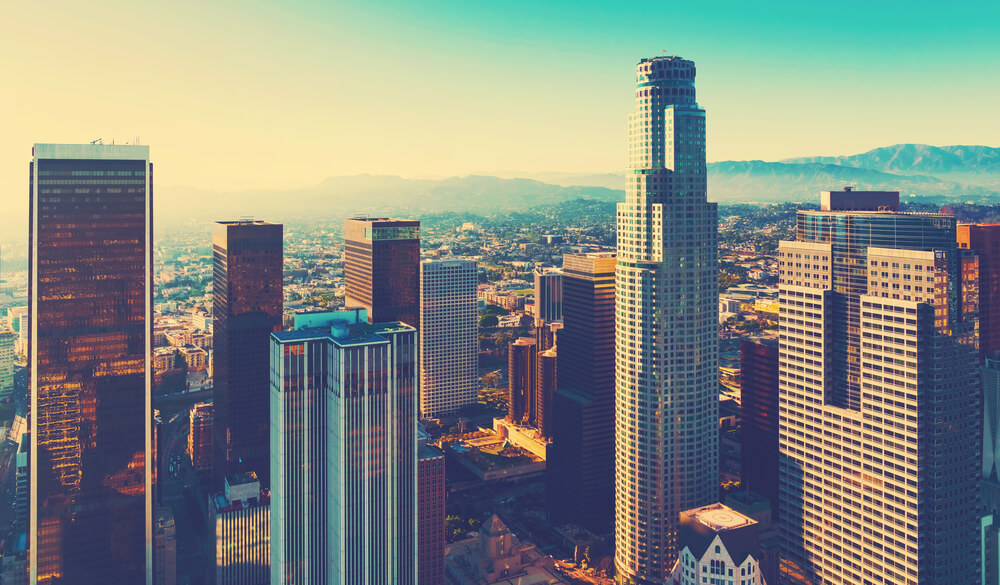 The Economy of Los Angeles is Largely Driven by These Industries

Los Angeles, California has one of the most dynamic economies in the world, with a booming tech industry, globally known creative capacities, a large manufacturing hub, and a booming international trade industry.  If you’re looking for a city with infinite potential for growth, the City of Angels likely has you covered.  Here is a glimpse of what makes Los Angeles a driving force in part of the global economy.

Los Angeles is home to two of the largest seaports (Los Angeles and Long Beach) in the Western hemisphere, where over 40% of all inbound freight makes its way to the US. Additionally, LAX serves as a hub for both inbound and outbound freight.  LA also boasts an impressive logistics infrastructure to support high volumes of trading.  LA County’s more than 10.2 million consumers provide a huge consumer market for goods traded in this region.

Entertainment related employment comprised nearly 18% of all jobs in LA County in 2011. The entertainment industry generates roughly $120 billion annually which is almost 9% of the county’s estimated annual Gross County Product.  Digital media, including virtual reality and augmented reality are a rapidly growing field in the entertainment field as well.

The sky is not the limit in LA, where more than 50,000 people are employed in the aerospace and defense industry, making them a leader in the nation for aerospace employment. NASA’s Armstrong Flight Research Center calls LA home and contributes a significant amount of space science research and thousands of jobs.  Additionally, Boeing, Virgin Galactic, and Raytheon SpaceX have headquarters in Los Angeles.  The Space and Missile Systems Center at Los Angeles Air Force Base designs and buys more than $9 billion worth of space systems annually and has been credited with developing the constellation of GPS satellites that are critical to many military technologies worldwide.

In 2016, LA startups raised more than $4.2 billion, and in 2018 tech employment grew 13.4%, making it number 11 in the nation for tech job growth. As a result, office space leasing has increased 11.1% in 2019. Some prominent companies headquartered in LA include Headspace, Hulu, Google, and Postmates.

Los Angeles has been a prominent figure in oil mining since the late 1800s. In the last 125 years, the county has produced more than 9 billion barrels of oil, nearly 12% of all of California’s oil.  The industry also employs more than 80,000 people.

The celebrity-driven culture and presence of social media make fashion a booming industry in Los Angeles. The internet provides a lot of growth opportunities for this industry by allowing companies to stay competitive.  FabFitFun, Figs Scrubs, Nordstrom, Good American, and Revlon are a few industry leaders who call Los Angeles home.  The fashion industry accounts for $4.4 billion in payroll annually.  Technology is heavily prevalent in fashion as well by helping control inventory, merchandising, and product development, all key factors in successful fashion businesses.

Unlike the success of the other previously mentioned industries, apparel manufacturing has seen a decline in Los Angeles as jobs are sent overseas. Apparel manufacturing lost 6,500 jobs, nearly 14% in 2018.  However, apparel wholesaling added 6,000 jobs that same year.  COVID-19 has been especially damaging to the apparel industry in Los Angeles.  According to the LA Times, apparel companies have suffered, “the worst coronavirus outbreak of any business in the country.”  Big-name companies, such as Fashion Nova, located here, have also come under investigation as they have been found to be paying their sewers “by the piece” instead of by the hour.

Tourism is a thriving industry in Los Angeles, topping the list of premier travel destinations in the world. With more than 44 million people visiting in 2014, local businesses reap the benefits of tourists coming to spend money and stay in hotels.  In 2014, 1 out of every 9 workers was employed in the hospitality industry, making it one of the county’s leading job growth sectors.  Visitors spent nearly $20 billion, with an estimated economic impact of $30.6 billion that same year.  Local and state taxes brought in $2.3 billion as well which help support services the community needs such as police and fire departments.