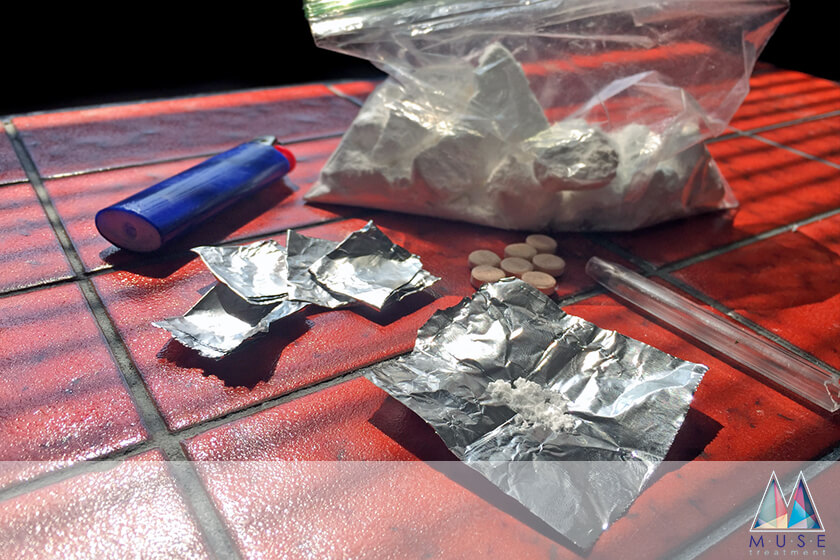 Fentanyl is playing a significant role in the worsening opioid crisis. Here are 5 frequently asked questions about Fentanyl addiction and what you can do.

There’s an opioid epidemic in the US and it’s shortening overall life expectancy.

Fentanyl is one of the major causes of the increase in overall death rate for Americans from 2010 to 2015.

NIDA or National Institute on Drug Abuse describes Fentanyl as a synthetic opioid analgesic. It is 50 to 100 times more potent than morphine and is usually prescribed to patients with severe pain or for pain management after surgery.

But how dangerous is fentanyl exactly? And why is fentanyl addiction rising faster than ever in the US?

Here, we’ll try to answer the top five questions about this drug so you’ll know what to do if you or someone you love is trying to overcome a fentanyl addiction.

Fentanyl is an opioid drug 50 times stronger than heroin and morphine. Opioid drugs or opiates bind to the body’s opioid receptors, which are located in many areas of the brain and the nervous system.

When opioids bind to these receptors, they can produce feelings of pleasure and relaxation. They can also decrease pain, slow breathing, and stop coughing. Like other opiates, fentanyl’s effects depend on the amount you take and the way it is taken. Injections, for example, are fast-acting, while oral (pills) take longer to reach the brain. Fentanyl however, is so powerful, that it can even be absorbed through the skin, making it that much more dangerous.

Prescribed fentanyl is available as an injection, transdermal patch, and lozenge. Fentanyl analogs (those sold on the street), on the other hand, are available as a powder, tablets, mixed with heroin, and spiked on blotter paper. China Girl, Friend, Jackpot, and TNT are just some of the common street names for fentanyl.

The lethal dose of heroin is about 30 milligrams. For fentanyl, it’s a mere 3 milligrams, which is a tiny sprinkle, according to The Atlantic.

Aside from its potency, fentanyl is also fast-acting. It binds quickly to opioid receptors, which then produces fast pain relief and more intense feelings of euphoria.

The problem with this is that tolerance can also develop very quickly. This means someone who is prescribed fentanyl may feel great with the initial dose but not with the succeeding doses.

It could make that person feel that he or she needs bigger doses to get the same effect, which of course, puts him or her at risk for fentanyl addiction and fentanyl overdose.

3. How Long Does Fentanyl Stay in Your System?

The length of time fentanyl stays in one’s system depends on its dosage form or how it is administered. With an injection, it may take 11 to 22 hours for fentanyl to leave one’s system. For patches or lozenges, it could take up to 36 hours.

This doesn’t mean however that if you take fentanyl, you just have to wait 11 to 36 hours to cheat a drug test. Fentanyl breaks down and leaves metabolites that could be detected by a thorough drug test even if it’s been several days since the last dose.

4. Why is There a Rise in Fentanyl Addiction?

It was during the 90s when pharmaceutical firms started producing opioid painkillers. These drugs were marketed as a safer alternative to prior medications. We now know of course that this is far from the truth.

As doctors tried to cut back on prescribing opiates, this presented the opportunity for dealers to hike up its prices. And since most users have already developed heroin tolerance, dealers began mixing in fentanyl.

Now, while some do really seek out fentanyl-laced heroin, others are just victims of deception. They might think they’re getting oxycodone or Xanax, but they’re actually getting fentanyl. Because of fentanyl’s unusually high potency, these fentanyl-laced street drugs are responsible for many of the recent hospital visits and drug overdoses occurring across the US.

The dangers of fentanyl are undeniable and every effort must be exerted to help these people.

5. What Can Be Done to Help Those with Fentanyl Addiction?

Anyone who is struggling with opioid abuse needs an effective addiction treatment. It needs to be addressed as soon as possible because every single use of fentanyl carries with it the risk of death.

Unfortunately, fentanyl isn’t something you can quit with sheer willpower alone. People who are dependent on it will need help to stop using. Consider a treatment center where safe detox is provided, as well as immersive care, group and individual therapy, and support for loved ones affected by the addicted individual.

Outpatient treatment centers are also an option. But they may not be the best choice for those whose addictions are severe or for patients that also present with related medical complications.

Do You Need Help?

Asking the question “Am I addicted to fentanyl?” is difficult. But you can’t get any better if you refuse to see the signs.

If you are prioritizing fentanyl use over family, friends, and work, if you feel like you need to take larger and larger dose to get high, or if you are experiencing withdrawal symptoms, consider getting treatment right away. Remember, it’s never too late to get treatment.

Likewise, if you suspect that a loved one is abusing fentanyl, you can help by approaching him or her with compassion and understanding. But don’t be an enabler. That person should know the consequences of his or her drug use.

What you can do instead is to help your loved one find resources for treatment and recovery. If he or she decides to go for treatment, be supportive and make an effort to be there at every stage of recovery.

Here at Muse Los Angeles, we try to thoroughly understand each client’s individual pathology and needs. We know that treatment and recovery aren’t one size fits all and we do our best to create individualized treatment plans.

For patients who are suffering from withdrawal symptoms, we offer a detox program that uses both pharmacological and holistic approaches. We also provide outpatient rehab, inpatient rehab, and sober living environments.

If you want to know more about our services, please don’t hesitate to contact us.