Is Alcohol a Drug? Understanding Alcoholism 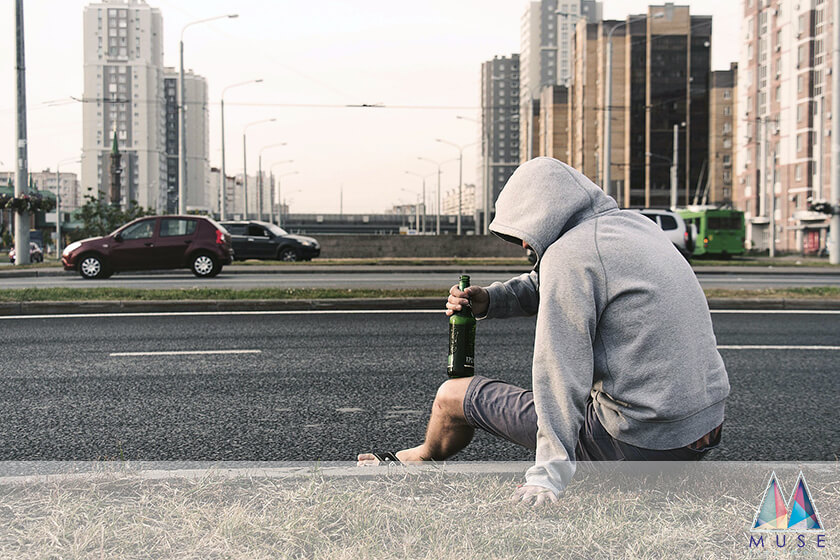 If you asked people to list the most common drugs, very few of them would mention alcohol. But is alcohol a drug? And it is any different to drugs when it comes to addiction?

While we often hear about the dangers of drugs, we don’t always include alcohol in the conversation. After all, alcohol is legal, and many people consume it happily without any negative consequences.

You yourself might be asking, “Is alcohol a drug?”

If you are asking whether alcohol is really a drug, here are ten facts about booze you should consider.

Alcohol may appear different from drugs because it is legal. If you are 21 years old, you can buy it and consume it without any repercussions.

Cocaine, meth and other drugs are illegal. If you are caught with them in your possession, you can face serious criminal charges and jail time.

Therefore, alcohol is not a drug, right?

Not so fast. Look at the statistics: many crimes are committed under the influence of alcohol. Alcohol is a factor in 40% of violent crimes, and 37% of almost 2 million convicted offenders currently in jail report that they were drinking at the time of their arrest.

Drinking may not be illegal, but many illegal activities occur when people are inebriated from too much alcohol.

Some people think alcohol is not a drug because so many people drink and it doesn’t seem to be a problem. Drug addiction is known to quickly ruin lives. How can alcohol be a drug if so many people can handle it?

Alcoholism can be “cunning, baffling and powerful.” Someone may look like they are gaily nursing a martini at the bar and yet their home life and financial situation may be a wreck from their drinking.

You can’t tell always tell when someone who is drinking a lot has reached the point of no return. And many people do drink without ever reaching that point.

Just because drinking is socially acceptable and widely enjoyed, that doesn’t mean that it does not have the capability of wreaking havoc on some people’s lives, the same way that drugs do.

When people take drugs, they tend to develop a tolerance fast. Their use escalates relatively quickly to more frequent use and/or stronger substances.

Like drugs, people who have become alcohol-dependent start to need to drink in order just to get out of bed in the morning and function. They may need to have alcohol in their system just to feel “normal.”  The path to alcohol addiction is generally a slower process, when compared to illicit drugs, often spanning five to ten years.

Everyone knows that drugs can impair your judgment, distort your perception and affect your ability to walk, talk and think.

Alcohol can similarly affect the body both immediately (which is why you should never get behind the wheel after drinking) and over time with persistent use. Many of the physical and emotional results of excessive drinking mirror the effects of chronic drug use:

Drug addicts cant stop taking drugs, even as their addiction starts to take over their lives.

Alcoholics reports the same irresistible urge to drink, no matter what the consequences.

Many say they try to stop but simply are unable to do so, no matter how hard they try. They often experience the same results of this obsessive behavior that drug addicts do: broken homes, devastated bank accounts, jails, and institutions.

6. Withdrawal from Alcohol is as Dangerous as Withdrawing from Drugs

When someone has been drinking large amounts every day, their body becomes dependent upon the substance. If that substance is taken away, the body can react violently.

It is strongly recommended that people who have become dependent upon either drugs or alcohol seek professional help when trying to stop.

7. Alcoholism Can Be Treated in Rehab Facilities

Many people find alcohol addiction treatment in rehabilitation facilities. Like drug rehabs, these places use a variety of different methods to help people safely learn to live without these addictive substances.

Often drug addicts and alcoholics find they have common ground and can help each other.

8. Relapse is a Common Problem with Alcoholics

Both drug addicts and alcoholics have a high likelihood of relapsing, even after they try to stop.

Experts say that people cycle through a process of avoiding, considering quitting, taking active steps to quit and then relapsing. Sometimes they cycle through the stages several times before quitting completely.

Relapses can be triggered by stress, family issues, or money worries. Often when people “go out” after a period of recovery, they find that the obsession to drink or drug comes back even stronger than before.

9. People can OD on Alcohol

Drinking too much alcohol, just like taking too many drugs, can lead to death. Binge drinking, where people consume massive amounts of booze at a single sitting, is especially deadly.

Whatever you think about is alcohol a drug or not, these facts show that excessive drinking carries with it many of the risks that drugging does. Drugs and alcohol similarly affect the brain and the body. They are both hard to put down once someone has started to abuse them.

If you are still asking whether alcohol is a drug, remember that they both can result in death.

But alcohol and drugs are also alike in that there is hope for people who abuse either of them. If you need more information on how to recover from either alcohol or drug dependence, contact us.