The Dangers of Underage Drinking 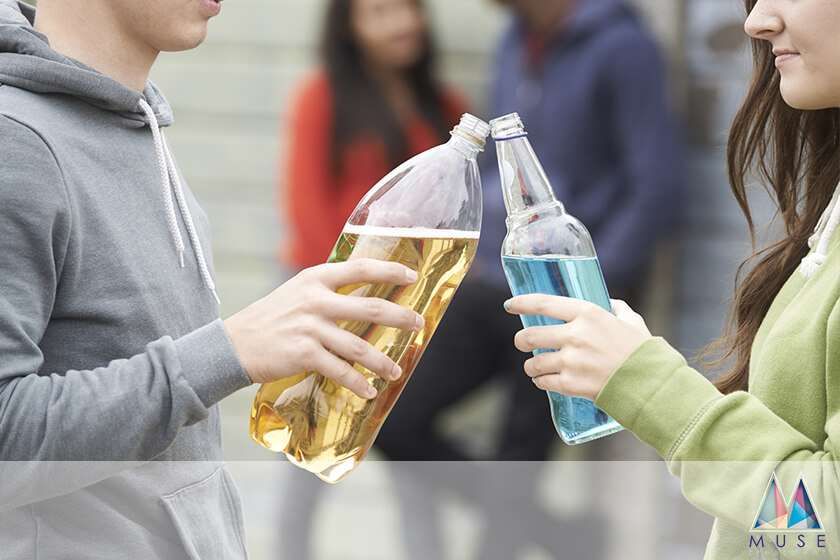 Though teenagers drink less frequently than adults, they tend to drink larger quantities at a time. This can put them at high risk of harm. Make sure you take a look at the dangers of underage drinking.

Although the legal drinking age is 21, that doesn’t stop underage drinking.

In fact, a 2016 study shows that 7.3 million Americans between 12 and 20 years old have consumed alcohol.

Teenagers may drink less than adults do, but they tend to drink in much higher volumes. There’s a reason there’s a legal drinking age, underage drinking is dangerous.

Understanding the dangers of underage drinking is the first step to reducing it. This article details five of the most dangerous effects that drinking has on minors.

Understanding the Dangers of Underage Drinking

It’s common for teenagers to express interest in trying alcohol before they reach 21. In some places, parents encourage their teenagers to have a glass of wine or beer with dinner, but no more.

Binge drinking is harmful to people of all ages. But for teens, it seems fun and exciting, but it can have devastating consequences. Read on for 5 of the most dangerous aspects of teen drinking.

1. Harmful to the Brain

Consuming alcohol before the age of 21 can damage brain development.

The brains of teenagers haven’t reached full development. The pre-frontal cortex handles informing decisions and controlling impulses. Drinking can damage this and cause cognitive damage.

Teen drinkers may not know or care about this, but it can have long-lasting effects. If the pre-frontal cortex sustains damage in the long term, it can be detrimental later in adult life.

Teenagers who start to drink by age 15 are 4 times more likely to become dependant on alcohol later in life.

The reason teens are more vulnerable to becoming addicted is simple. The brain’s pleasure center develops before the pre-frontal cortex does. This reduces the ability to control impulses and make rational decisions.

If teens continue to binge drink on a regular basis, this damages their brain. They may feel the need to consume higher volumes to get drunk and this can lead to alcohol dependence

Teens who drink on a regular basis are more likely to engage in risky and dangerous behaviors.

One of the most prevalent risky behaviors is sex without protection. Teen drinkers are more likely to engage in unprotected sex with people they don’t know. Without knowing someone’s sexual history, this can often lead to STDs.

They are also more likely to neglect to use birth control and could result in an unwanted pregnancy.

Sexual assault and rape are more likely among underage drinkers.

Drinking to excess makes a person more vulnerable, especially for those underage. Alcohol can also make you more vulnerable to coercion into unwanted sexual situations.

Being a teenager can be a difficult time in anyone’s life. Some teens turn to alcohol to relieve feelings of stress and depression

Although it may feel like a relief, it makes the problem much worse.

Binge drinking is something that needs to stop. If left untreated, it can result in catastrophic injuries or death.

Teenagers who binge drink often skip school and have severe behavior patterns. It can lead to poor decisions such as drunk driving, which could result in injury or death for them and others.

They may feel sick and blackout on a regular basis, which makes them very vulnerable.

Alcohol poisoning is a very real threat. This happens after having a dangerous overdose of alcohol. Drinking too much too fast slows down vital body functions.

This includes the slowing of breathing, heart rate, and blood pressure levels.

This has the potential to be fatal.

Here are some essential signs of an alcohol overdose to look out for. If someone displays these symptoms, call 911 immediately.

Talk to your teenagers about alcohol. The later they start to drink alcohol, the less chance they have of developing a problem with it.

If there is a family history of substance abuse, talk with them about it. It’s only right your child should know about it. Especially if they are at an age where their peers are experimenting with alcohol.

Let them know how you feel about alcohol and set expectation for them. Children value their parents, so communicate your feelings toward alcohol. It will help make them less likely to start drinking.

If they come to you after having tried alcohol already, don’t get mad. It’s a good thing that they can come and talk to you about it. If you go mad, they’ll keep it to themselves next time. Be understanding and discuss the dangers with them.

How to Prevent the Dangers of Underage Drinking

If you or someone you know is an underage drinker, they may need help.

Underage drinking is dangerous, not to mention illegal. While it may not seem like a big deal to some, it can be very harmful.

Seeing someone struggle with addiction is painful. It’s important to talk to your teenagers about the dangers of underage drinking. Create an open line of communication. Let them know they can talk to you about anything they may be struggling with.

Teens with families with a history of alcohol abuse are less likely to themselves if they know how to manage it. This means they have to raise teenagers in a controlled environment. They must learn strong coping skills and have good organization within the household.

Find this article useful? Check out our blog section on alcohol addiction for more helpful resources.