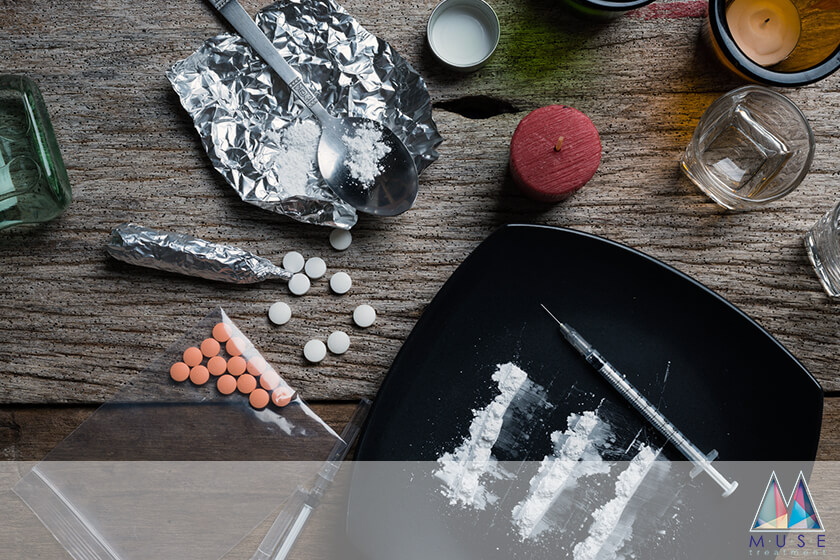 Drug addiction is a serious problem in the U.S. Are you in danger of addiction? Discover the 7 most addictive drugs to avoid here.

We’ve all had to break a bad habit once or twice in our lives, whether it was nail-biting or skipping the gym. When it comes to kicking drugs out of your life, though, it’s a whole different ball game.

While they’re habit-forming, certain substances also lead to physical addictions. Your body learns how to function with them and stops being able to function without them.

Of course, not all substances are as troublesome as others. Here’s a look into the most addictive drugs around.

The Most Addictive Drugs

One of the biggest problems with the idea of “I’ll only try it once” tactic is that some drugs can hook you from the first taste. Here are the most addictive drugs you could encounter.

Heroin has one of the worst reputations of any street drug, and it’s well-earned. The drug, which produces a euphoric high, has a huge likelihood of heroin addiction.

Another dangerous aspect of heroin, though, is how likely it is to cause an overdose. Compared to most drugs, heroin has a low overdose threshold. There’s little difference between the dosage you need to get high and the dosage that causes a life-threatening overdose.

Not everyone considers alcohol a “drug,” but it has plenty of similarities to street drugs. It’s a mind-altering substance that can be life-threatening in the case of an overdose. It’s also very addictive. In fact, alcohol is more addictive than most of the illegal substances.

For recovering alcoholics, alcohol is also harder to avoid in daily life. Steering clear of certain crowds can keep you out of the reach of most drugs, but alcohol is everywhere.

Crack and cocaine are sharing an item in this list because they’re so similar. The only difference between crack and cocaine is that crack involves extra processing. This makes crack a “free base” version of the drug.

This means that smoking or injecting crack will give you a much faster high. Snorting powdered cocaine has a slower impact. Still, crack and cocaine have the same likelihood of addiction. They also have the same effect on your brain.

If you’ve ever heard anyone talk about categorizing drugs as “uppers” or “downers,” barbiturates are downers. They’re prescription drugs that doctors prescribe for anxiety, muscle spasms, and seizures. They tend to give people a similar feeling to alcohol.

While barbiturate abuse is less common than it once was, it’s still a serious problem. The pills are still highly addictive. As prescription drugs, they’re also misleading.

People think that if a pill is legal to prescribe, it must not be as dangerous as “street drugs.” Between the addiction risk and the risk for overdose, though, barbiturates are serious substances.

Even people who start taking them for legitimate medical reasons can become addicted. The risk is greater for those who start using the pills excessively.

Speaking of the illusion that prescription drugs are safer than illegal drugs, no drug has seen as much press for this problem as opioids have. Opioids include a wide range of prescription painkillers. The most common names you might know include  OxyContin, morphine, and hydrocodone.

These medications are addictive by nature, but the risk is even greater because they’re legally prescribed. Many patients get opioids for chronic pain or after surgery, and they don’t realize that their pills could lead to addiction.

These people often don’t realize they’re addicted until their prescription refills run out. In some cases, they turn to buying the pills on the street or scamming doctors for new prescriptions. In other cases, they transition to heroin because it offers a similar high.

This is a rather large group of drugs, but we’ve combined them for a few reasons. For one, they’re chemically similar. The second reason is because so many people underestimate the danger of some of these drugs and don’t realize what they’re really taking.

You’ve probably heard of crystal meth, or methamphetamine. It should come as no surprise that meth is one of the most addictive drugs around. But amphetamines also include another commonly abused drug that people underestimate: ADHD medications.

The pills doctors prescribe for attention deficit hyperactivity disorder, or ADHD, are stimulants. They’re types of amphetamines and are milder that crystal meth but chemically similar.

Young people, in particular, tend to abuse ADHD medications, especially those in college. They don’t realize how addictive the pills can be until it’s too late.

While they have legitimate benefits for certain patients, plenty of people also abuse these drugs for the high they produce. Like other drugs, benzodiazepine addiction happens because the pills produce dopamine in the brain. Users develop a tolerance and need more and more medication to produce the same effect.

Benzos carry a high risk for overdose because, without a doctor’s guidance, a user doesn’t know how much is too much. People also often combine them with alcohol, which can cause a dangerous effect too.

Some of the most addictive drugs may have been obvious, like crack and heroin. Others, though, tend to be more surprising. A common problem we see today is that more and more people get addicted to prescription pills without realizing the risks.

While doctors prescribe them for specific purposes, taking these pills for other purposes or taking too much of them is abuse. That’s the first step down a damaging and life-threatening trail of addiction.

If you or someone you know is battling addiction with one of these addictive drugs, there’s hope. Contact our addiction experts to talk about the first steps toward a healthier, drug-free life ahead.