Why Your Binge Drinking Problem is Dangerous 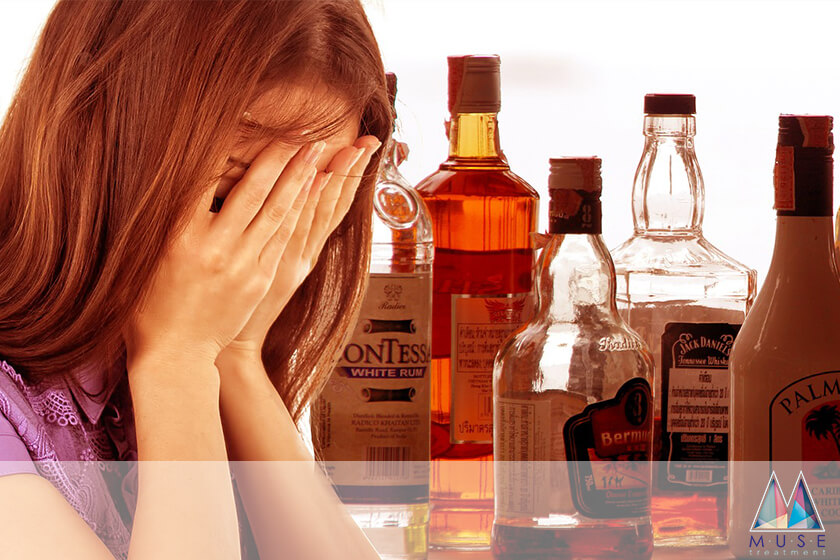 You may think you only drink in social situations, but you could also be denying a binge drinking problem. Discover the risks of binge drinking and the dangerous consequences of this often overlooked habit.

If you’re younger or tend to participate in frequent social activities, there’s a good chance you’re around alcohol quite a bit. And while everyone likes to kick back with a good drink and great friends, not everyone knows when to stop.

Soon, that one beer or cocktail turns into two. Then two turns into four, and before you know it it’s the next day. Make no mistake, a binge drinking problem is a huge deal, responsible for 80,000 deaths per year according to the CDC.

In fact, binge drinking can cause physical, mental, and interpersonal issues, affecting every aspect of your life.

Still not convinced that your binge drinking problem is out of hand? Here are a few reasons why you should seek assistance if your drinking is out of control.

Your Binge Drinking Problem is Shortening Your Life

Research has linked binge drinking to a dramatically shortened lifespan. And not by a small amount, either.

It’s believed that drinking in excess and alcoholism can shorten one’s life by up to an entire decade. That’s ten years taken away from you because of a beverage.

So next time you’re thinking about that next drink, ask yourself if it’s really worth losing decades of your life.

You’ve probably heard the oft-cited study that a glass of red wine a day is good for your heart. And while there’s some science to back that up, it doesn’t account for what happens with each accompanying drink.

Excessive drinking has been linked to several types of cancer, including:

The carcinogens found in certain types of alcohol lead to 3.5 percent of all cancer-related deaths in the United States. The longer your binge drinking problem persists, the higher your chance of a cancer diagnosis.

You’re practically ingesting a pack of cigarettes every time you and your friends binge drink.

A Binge Drinking Problem Can Ruin Your Body

Let’s say that you somehow manage to escape cancer. By binge drinking on a regular basis, you’re still shortening your lifespan dramatically.

If that wasn’t bad enough, you’re doing irreparable damage to your body.

Excessive alcohol consumption can lead to dozens of physical ailments. From a weakened immune system to heart disease to liver failure, alcohol can wreak havoc on your body.

Alcohol can also weaken the connection between the brain and neurotransmitters, permanently erasing some senses and damaging your brain in the process.

It may seem like a fun activity now, but a binge drinking problem can cause catastrophic damage to your body.

So far we’ve only mentioned the physical risks of a binge drinking problem. So what about the mental and emotional risks?

Mental health issues like depression or anxiety, like addiction, can happen to anyone. And like mental health, genetic predispositions play a large role in who is and isn’t susceptible to alcoholism and binge drinking.

If you have a family history of alcoholism or mental health concerns, binge drinking could quickly become a massive issue, proverbially waking up a sleeping giant.

If you already struggle with mental health, filling your system with a depressant is only going to make matters worse.

You may notice that you feel moodier after a binge drinking session or perhaps you’ve experienced an increase in suicidal thoughts.

Make no mistake, there are plenty of resources out there to help you deal with both. But combining a mental health issue with alcohol is like adding gasoline to a fire.

Binge Drinking Leads to Blacking Out

Blacking out can seem like a funny story. In fact, it spawned a multi-million dollar movie franchise, The Hangover trilogy.

Yet blacking out isn’t nearly as fun as it seems. In fact, it’s quite dangerous. There are two major types of alcohol-induced amnesia.

The first, fragmentary, is the most common. You may remember bits and pieces of the night, but certain sections of your evening seem completely erased from your memory.

The latter, en bloc, is far more dangerous. During en bloc amnesia, the brain is so overwhelmed by the sudden flux of suppressants that it’s unable to create memories.

In short, you can’t remember last night because it never happened according to your brain.

Remember, alcohol is a suppressant. While it isn’t the truth serum that popular culture seems to think it is, it can increase risky behavior and cause you to say things you may not ordinarily say.

After a few drinks, you’re more likely to engage in unprotected sex, for instance. Even one fling puts you at risk of catching an STD or STI. Not to mention pregnancy.

The fluid in your ear responsible for your sense of balance is thrown off kilter when alcohol is introduced into the system, making you more prone to injuries.

Of course, we’ve yet to mention the ultimate risk: drinking and driving.

It’s bad enough to put your own life at risk, but impaired driving risks the lives of those around you, too. Another cocktail isn’t worth dying for.

It doesn’t take much for repeated binge drinking to turn into full-blown alcohol addiction. Drinking for multiple nights in a row may be a sign of a bigger issue.

Soon, you may not be able to function without alcohol as your system becomes used to the chemicals found in alcoholic beverages.

A life of alcoholism and binge drinking is no life at all. You deserve a better life.

To take the first step toward that better life, contact Muse Treatment center. We’ve helped hundreds on their path to sobriety and would love to help you.