14 Musicians Who Have Overdosed 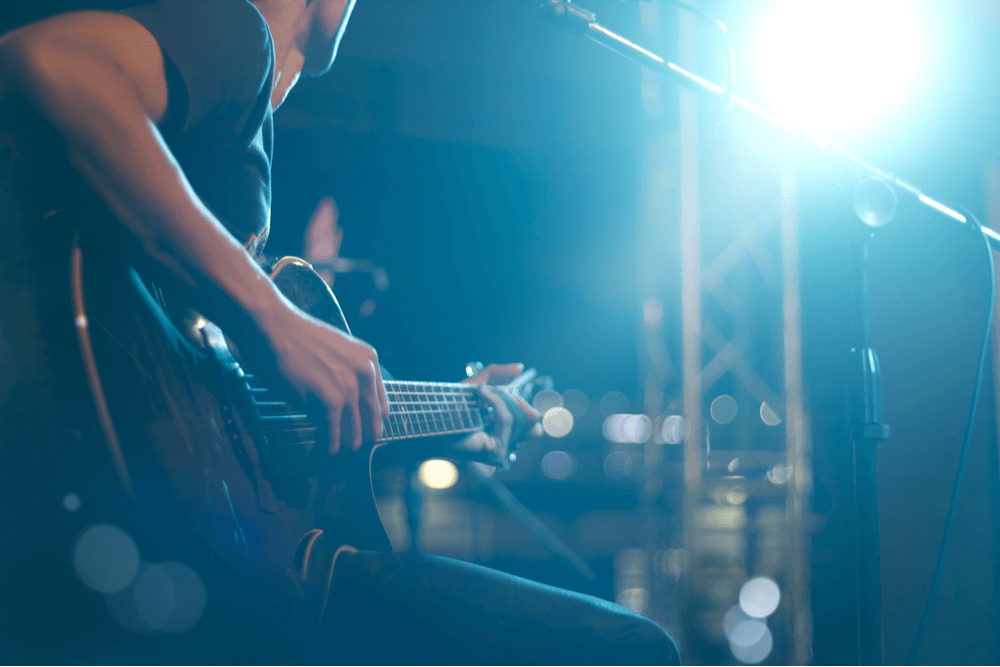 It is not uncommon to see news headlines about another musician who has checked into rehab, including an intensive outpatient program, or has passed from a drug overdose. Much of the musician culture centers around substance abuse, whether to party, wind down from a grueling touring schedule or find inspiration for their art.

Addiction can take hold of anyone and has become a deadly epidemic among recording artists. Drug use in music, especially rock ‘n’ roll, has been encouraged for as long as it has been around, leading to dependence. Even after receiving help at a recovery center for their substance use disorder, they can easily relapse because they might find themselves constantly surrounded by drug use.

According to a 2015 report released by the Substance Abuse and Mental Health Administration that detailed the rates of substance use within several industry categories, the arts industry ranked second highest in illicit drug use and third highest in overall substance use disorder, with 12.9% of those in the sector reporting a substance use disorder. The list of talented musicians lost to drug overdose is long and spans various music genres. Some have overdosed, while others have slowly deteriorated due to their addiction.

Musicians Who Have Overdosed

Here is a list of just some of the musicians who lost their battle with drug abuse:

Sometimes a drug use disorder can start from medications prescribed by a physician, such as prescription opioids, and not from an illegal drug, as was the case with Michael Jackson. On June 25, 2009, Michael Jackson passed away in his home while under his doctor’s supervision. He died from cardiac arrest due to a propofol overdose, a powerful anesthetic. Jackson may have developed a prescription drug addiction to pain medications since his scalp injury from a fire and his numerous plastic surgeries. His physician was charged with homicide after an investigation found he had been giving propofol for 60 days straight to combat insomnia. The coroner found lethal levels of the drug in his system.

Those who know Prince personally knew him as being very anti-drug since his teens and did not tolerate drug use by his band members. During the 1980s, he experimented with hallucinogens and ecstasy, which he used recreationally. Due to his concert injuries, he was in constant pain, which led him to start taking pain pills. Eventually, he developed a prescription opioid addiction. At age 57, Prince died due to a fentanyl overdose.

On September 7, 2018, Mac Miller was found dead following an accidental drug overdose in his home. He was only 26 years old. He had a history of drug addiction after he started using a cocktail of drugs to manage his mental health. He attributed his marijuana addiction as being the gateway to other drug use. Co-occurring substance abuse disorders are not uncommon and require proper, professional addiction treatment. According to the Los Angeles County Coroner’s Office, Mac Miller died from a lethal mix of cocaine and fentanyl.

Another young singer to die from substance abuse, Amy Winehouse was only 27 when she passed away from alcohol poisoning on July 23, 2011. She is part of the “27 Club,” a notorious club of famous artists, actors, and musicians who have died at age 27 from an overdose. Her struggle with alcohol addiction started before she became famous. She later used hard drugs like heroin and crack cocaine while continuing to use alcohol to numb her mental health issues.

On December 8, 2021, Juice WRLD passed from an accidental overdose of oxycodone and codeine, both prescription medications. Juice WRLD had suffered from prescription drug addiction as well. As federal agents boarded and searched his private jet, he went into convulsions. He was given two doses of the emergency medication Narcan, administered because federal agents thought he was having an opioid overdose. He had allegedly swallowed several “unknown pills,” including multiple Percocet pills, to hide from federal agents.

The Los Angeles County Medical Examiner ruled Tom Petty’s death was caused by an accidental overdose due to mixed drug toxicity. Petty had been prescribed various drugs to treat knee issues, emphysema, and a fractured hip. He continued to tour through the pain of a broken hip, which made it worse and caused a full-on break. His family felt that, most likely, his pain was unbearable and caused the prescription drug addiction, which led to his accidental overdose.

Learn what to do if you have an allergic reaction to taking meth here:

What to Do if You Have an Allergic Reaction to Meth

The famous rapper was very open about his struggles with addiction and spent time in and out of recovery centers over the years. Even though he had strong desires to get sober, his road to recovery was difficult, as it is for many abusing drugs and alcohol, and he had several relapses. DMX suffered a heart attack from a drug overdose and was hospitalized for several days before passing at age 50. The autopsy report revealed he had fentanyl, crack cocaine, alcohol, and prescription drugs in his system and tested positive for COVID-19.

Hendrix was a heavy drug user, especially abusing LSD. He had also been in poor health due to influenza-related illness, fatigue from overwork, and chronic lack of sleep. The night before his death, he had consumed amphetamines while out partying, and later, he took 18 times the recommended amount of sleeping pills to come down from the high. He was found unresponsive and covered in vomit the following day. Hendrix passed away at age 27 from barbiturate-related asphyxia.

Due to the pressures of fame, a history of sexual abuse, and enablement from the people around her, Whitney Houston struggled with drug use for much of her life. She sought inpatient treatment and outpatient programs for addiction at least three times in her life, checking in to various recovery centers. Houston was found unconscious, face down in a bathtub at age 48. Her autopsy revealed she had the muscle relaxant Flexeril, marijuana, Benadryl, Xanax, and cocaine in her system, which led to her drowning.

Another member of the “27 Club,” Joplin died on October 4, 1970, from an accidental heroin overdose in her hotel. She had struggled with heroin addiction and tried to get sober several times throughout her life.

Morrison had a long history of alcohol abuse and substance abuse, which was the leading cause of his death at 27. He had struggled with alcoholism and cocaine addiction throughout his career due to trying to cope with traumatic events, depressive moods, and as a way of helping his creativity. A friend found Morrison dead in a tub on the morning of July 3, 1971, in Paris, France. Many believed he accidentally overdosed on heroin, thinking it was cocaine.

The rapper struggled with co-occurring disorders related to mental health issues and drug abuse for many years of his life. After being arrested for drug possession of crack cocaine and traffic offenses, ODB notably broke out of a court-mandated drug rehab facility. He was never able to gain long-term sobriety successfully. In 2004, he died of an accidental drug overdose due to a lethal mix of cocaine and the prescription drug Tramadol.

Elvis suffered from a long history of prescription drug addiction. Fourteen drugs were found in Elvis’ body at the time of his death, including morphine, Demerol, painkillers, tranquilizers, Valium, sleeping pills, Quaaludes, and codeine. His death was caused by a heart attack brought not only by his heavy drug use but also from obesity, liver damage, insomnia, and high blood pressure. He had suffered two overdoses due to barbiturates.

On June 5, 2002, Ramone passed in Los Angeles, California, due to an accidental heroin overdose. He was found unresponsive, along with several drug paraphernalia. He had suffered from co-occurring disorders related to mental illness and drug addiction throughout his life, mainly heroin addiction. According to his autobiography: “Lobotomy: Surviving the Ramones,” he says his parents struggled with alcohol addiction. The absence of any additional puncture sites or scaring indicates he may have been sober living for a significant period before his final dose of heroin.

Knowing how addiction affects these musicians who passed away from a drug overdose, the majority being accidental, reminds us that drug addiction can affect anyone and be rooted in various reasons. Addiction can affect anyone, and as some of these musicians’ lives have shown, sometimes it comes from prescription medications for a valid medical condition and under a physician’s care.

Many of these musicians and others who have passed from a drug overdose may still be alive today if they had received proper addiction help. A good rehabilitation for drug abuse addresses underlying issues while treating the addiction.

At Muse Treatment Center in Los Angeles, California, we focus on dual diagnosis when co-occurring disorders are present to give our clients the best chance of long-term recovery from drug or alcohol addiction. Our main goal is to teach relapse prevention. We offer a wide range of inpatient rehab and outpatient programs that can be adjusted as you progress through your treatment. At the same time, our addiction specialists will tailor your treatments to your individual needs. For more information about our drug treatment centers near Los Angeles, California, please give us a call today at (800) 426-1818.