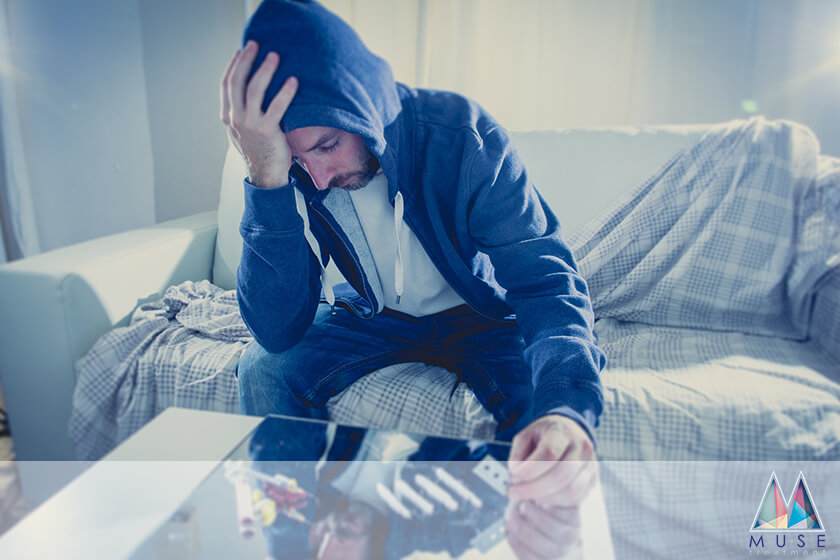 Cocaine addiction is a growing concern today. Learn how to identify if someone has a cocaine problem with these 7 signs of cocaine use.

Do you suspect that someone you love or care about is using cocaine?  Perhaps you’re concerned that you may be developing a cocaine habit?

How can you know for sure?

Well, short of engaging the person in a conversation where he or she admits to using, you can’t be 100% sure. But there are definitely signs of cocaine use that could help lead you to that important conversation with them.

And it could be a life-saving conversation.

Worried That Someone You Love Is Using Cocaine?

Knowing the signs of cocaine use is the first step in helping you assess the situation and get your loved one the help they need.

There are many signs associated with cocaine use – some more obvious than others.

Read on to see if any of them are familiar.

1. A Change in Behavior

One of the biggest signs of cocaine use is a change in behavior that seems to have no apparent reason.

Cocaine delivers a sense of euphoria so you might notice a person seeming unusually happy or laughing more often than usual.

But you might also notice abnormal aggressiveness, paranoia or lack of impulse control.

The person may also display nervous or restless behaviors, such as:

This hyperactivity typically lasts between twenty minutes and two hours – only during the time the person is high.

Finally, notice if the person is eating a lot less or not at all. Cocaine use can lead to loss of appetite.

2. The Presence of White Powder

Since cocaine is commonly snorted through the nose, check to be sure there isn’t any white powdery residue on the person’s nose or around the face.

Also, check the person’s belongings. Look for items under the bed or other furniture that may have been used as a flat surface for snorting.

Look carefully for any residue that may have ended up on the person’s clothing or on other household services.

And should you choose to question the person, be prepared to have them explain that the residue is flour, powdered sugar or another harmless substance. While that’s a possibility, it’s not likely — particularly if you find the powder residue more than once and in an unlikely place.

Snorting cocaine is hard on the nostrils, nasal passages and sinuses.

That’s why other signs of cocaine use are touching or wiping the nose frequently and excessive sniffing. Someone who is using cocaine often has a perpetually runny nose but shows no other signs of allergies or a cold.

And if the cocaine use is heavy or has been prolonged, there might be frequent nosebleeds or even a complete lack of smell.

Of course, the eyes dilate naturally in a dark room. But if the person’s pupils seem strangely dilated in a bright room, this could be a sign of use.

In much the same way as eye drops at the optometrist, cocaine causes the pupils to dilate.

Since dilated pupils make a person’s eyes more sensitive to light, you might notice the person wearing sunglasses in situations that don’t seem to require it.

And it’s important to note that dilated pupils last only as long as the actual high.

As we said before, cocaine is often snorted in powder form. But it can also be smoked as crack cocaine, or even directly injected.

So aside from checking for white powder, be on the lookout for the following:

Paraphernalia is a pretty obvious and telltale sign that the person is using. And likely on a level that’s not just casual.

Another time to check for signs of cocaine use is when someone is coming down from a high.

If you suspect someone is using, pay attention to how they behave the next day.

The person might have trouble getting out of bed, feel very lethargic or depressed, or be extremely moody.

In many cases, he or she will stay isolated from others. The person might shut the door to his or her room and refuse to come out.

You might also notice the person using sedatives or alcohol to combat the effects of coming down from the cocaine.

7. A Series of Long-Term Changes

It’s important to watch for the first six potential signs of cocaine use listed above. Particularly in the earlier stages of the abuse.

But those who use on a more long-term basis and become increasingly dependent on the drug will start to show other signs of cocaine use that might not be quite as obvious.

Like most illicit drugs, cocaine is costly. So when someone uses it for a long time, there is typically financial strain. Especially if they’re having trouble maintaining their job.

And if things get really bad, they may resort to stealing or other illegal activities to support their habit.

One of the sad truths of extensive cocaine use is that many users develop full-blown anxiety and depression. This further complicates matters once they decide to start going to rehab because they require a dual diagnosis. Going to a rehab that is experienced with dual diagnosis is crutial.

With long-term cocaine use, it takes a lot more of the drug for the user to reach that euphoric state. Eventually, the euphoria may go away completely.

The person who is on cocaine for a long time might start feeling nervous and tired all the time. Yet, they are unable to rest, relax and sleep.

They can also show signs of extreme apathy that doesn’t seem to lift.

When cocaine use has become a way of life, it is very difficult for someone to get off the drug without help.

If they try to use less or stop cold turkey, they may experience signs of withdrawal. These could show as anxiety, depression, paranoia or aggressiveness – the same symptoms as when they used. Look here for complete details about the cocaine detox timeline.

But with the continued use of cocaine, there’s the danger of seizures or cardiac problems.

This is why it’s key to determine whether someone is using cocaine before it gets to this level.

Do You See Signs of Cocaine Use in Someone You Love?

Cocaine addiction can happen to anyone. And if you think someone you love is struggling with an addiction, it might be time to get some help.

Not exactly sure where to start? Contact us. We’ll help you get your loved one back on the path to life.