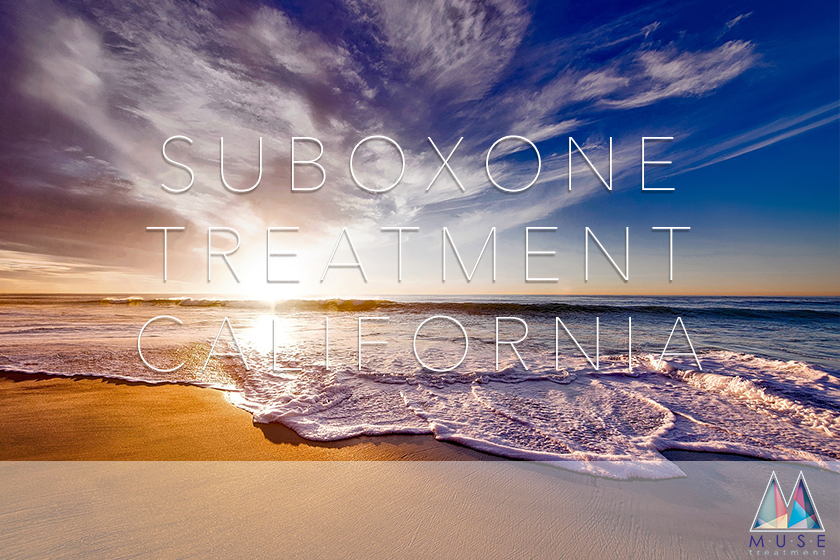 If you or someone you love is suffering from an opiate addiction and cannot stop using heroin or painkillers, a suboxone treatment program in California may be the best route to recovery.

Did you know the drug overdose rates from opioids have quadrupled since 1999, according to the Center for Disease Control? And over 60% of drug-related deaths have been from either prescription painkillers or heroin?

This data may be shocking. But there is hope, and it comes in the form of Suboxone, a revolutionary new opioid treatment drug currently being used at some detox centers in California.

Addiction is a chronic brain disease characterized by a dysfunction of the brain’s reward center. When the addict uses the drug of choice, the reward center is activated at much higher rates than with a non-addict.

The drug use escalates as tolerance of the substance begins. Eventually, the person is willing to do just about anything to both avoid painful withdrawal symptoms and experience the euphoric high of use.

Those struggling with addiction are not bad people. They are not amoral in any way. They are sick. Sick with the disease of addiction.

Contrary to popular belief, an addict cannot “just stop.” And it is not an issue of willpower or lack of a conscience.

Addiction is much more complex.

Once the addict has gone through a successful suboxone detox and regained clarity of mind, they can then reclaim control of their choices and their life.

When substance abuse reaches dangerous levels it can be difficult to see the difference between the addiction and the invidiual. But this is a crucial distinction to make as you and your family walk the road to recovery.

The Voice of Addiction

The disease of addiction is ruthless, cunning, dishonest and manipulative. It doesn’t care about anyone or anything but getting its next fix.

It doesn’t care who it hurts or who it betrays. Its tunnel vision is focused solely on the drug of choice.

The progressive disease of addiction tears families apart, ravage the addict’s life and leaves only chaos in its wake.

An individual wrestling with substance abuse is held captive within the persona of addiction. Addicts are involved in a constant battle with the voice of the addiction.

The addict hates the addiction as much as anyone in their life.

When you can distinguish between the addiction’s voice and the addict’s voice, you’ll better be able to begin the road to recovery and healing.

How Does the California Setting Make a Difference?

Southern California is a place of healing and rebirth.

Its temperate climate and focus on healthy living make it the perfect place to seek treatment for addiction.

The holistic approach to treating the whole person, body, spirit and mind sets Southern California apart in many ways. This explains why so many come here to find healing and hope in recovery.

If you’re looking to start a new life free from addiction, California is the place to be.

What’s the Difference Between a Methadone and Suboxone Detox?

The opioid epidemic is now considered a national public health emergency. With the number of reported opioid use disorders rising nearly 500% in the last six years (BCBS Finding), treatment centers around the world are scrambling to find out how to curb this devastating outbreak.

The latest and most successful method for treating opiate addiction has emerged in the form of Medication Assisted Treatment through the use of drugs like Methadone and Suboxone, both technically opioids, but they do not deliver the “high” typically received from illicit opiates.  These “partial opioid agonists” works to diminish the withdrawal symptoms experienced during the detox process, which is the primary reason for opiate relapse.

Methadone was first introduced in the 1930s in Germany. and has been treating opioid addiction since 1937.

By the 1960s, it was being used to address heroin addiction and dependency and is categorized as a Schedule II drug in the U.S. This means it’s unlawful to provide it unless you have a license from the Drug Enforcement Administration (DEA).

Methadone is used because it alleviates the symptoms of heroin withdrawal by altering the way the brain and nervous system react to painful stimuli.

Methadone is prescribed by a physician and is only intended for use under strict medical supervision.

Law states methadone may only be given in the context of an Opioid Treatment Program, or OTP. And the program has to be approved by the Substance Abuse and Mental Health Services Administration, or SAMHSA, as well as the DEA.

Methadone was linked to 2,366 deaths over a 6-year study performed in the United Kingdom. In this same study, Buprenorphine/Suboxone was connected to 52 deaths.

These statistics brought researchers to the conclusion that Suboxone is safer than Methadone and why Suboxone is being heralded as the best treatment option for opioid addiction.

Suboxone was approved by the Food and Drug Administration (FDA) as recently as 2002 to aid in reducing withdrawal symptoms from heroin.

Suboxone is the first detox medication allowed to be provided to patients directly in the doctor’s clinic, community hospitals, mental health settings and jails.

Suboxone is made up from a combination of Buprenorphine and Naloxone. Buprenorphine is a synthetic opioid medication used for heroin withdrawal symptoms.

And Naloxone is added to the mix is because it offers an aversion-type phenomenon if injected, blocking and/or reversing the effects of opiates, further discouraging the return to illicit opiate based substances.

Suboxone comes in a tablet or dissolvable strip forms.

Based on the same 6-year U.K. study, medical researchers have concluded Suboxone to be about 6 times safer than methadone in terms of death rates.

It’s always a good idea to check testimonials and reviews from both patients and staff.

But do keep in mind that these reports can also be colored by the person going through withdrawals or eventual relapse.

This is not to discount any negative reviews entirely. But sift through them with an open, curious mind.

During this global opioid epidemic, it’s important to stay informed and alert. Lives are being lost at an astounding rate.

Opiate addiction will not discriminate. No matter the age, race or financial standing, opiates wreak havoc in relationships, families and communities of all kinds.

If you’re looking for quality Suboxone treatment center in Los Angeles, California, check us out at Muse Treatment.