What Medications for Addiction Are Used in Medication Assisted Treatment? 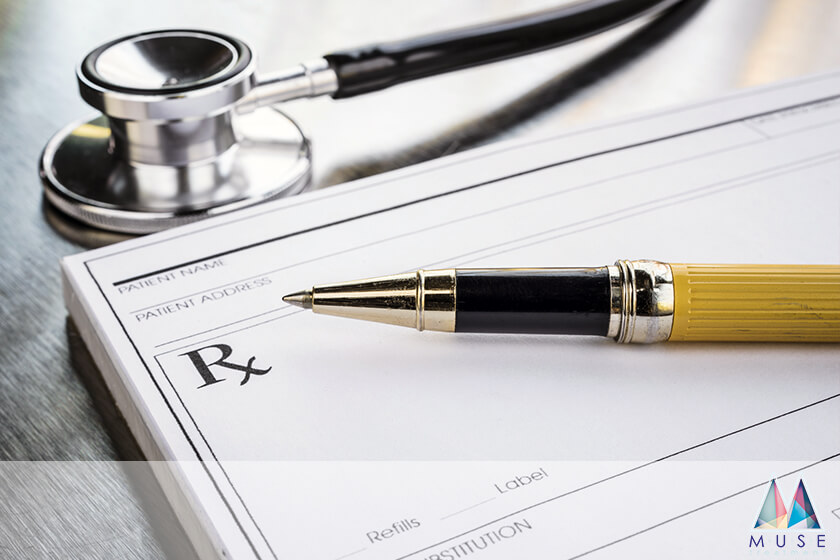 Medication can be helpful in the battle against addiction by reducing some of the cravings and symptoms experienced during drug detox. Learn more about the medications for addiction that are used as part of medication assisted treatment.

Drug addiction is a frightening monster to face in a friend or loved one. It’s also an expensive one, both monetarily and emotionally.

Illicit drugs and prescription opioids take a combined $271.5 billion from the U.S. economy in costs related to crime, lost workplace productivity, and healthcare.

One option for those trying to fight substance abuse is medication assisted treatment. Here, we’re breaking down a few different medications for addiction and what the effects are.

What is Medication Assisted Treatment?

First, we should talk about what this type of treatment actually is.

Medication assisted treatment or MAT treatment is a form of substance abuse treatment that uses medications in combination with behavioral therapy and counseling to help overcome the compulsion to abuse drugs.

When someone is in rehabilitation and off of their drug of choice, they start to experience withdrawal syndrome which can take effect as quickly as 24 hours after they start taking the drug.

The symptoms of withdrawal can vary between drugs. Opiate withdrawal, for example, can include muscle aches, anxiety, restlessness, and inability to sleep. Later, as withdrawal worsens, symptoms may include nausea, vomiting, diarrhea, rapid heartbeat, and blurry vision.

Medication assisted treatment and medication assisted therapy are designed to lessen the effects of withdrawal in order to make it easier for the individual to wean off of a drug and better learn how to live without the need for drugs.

Types of Medications for Addiction

There are a variety of medications available for use in this type of treatment. Here, we’ve outlined several common ones, along with their potential side effects.

Methadone is a type of opiate called a full opiate agonist. This means it produces effects similar to other opioids, but because it’s longer-lasting, the effects are much milder.

That said, because methadone is itself an opiate, stopping methadone therapy can cause withdrawal in itself, so it’s important to taper off under supervision.

While these may be troubling, they usually don’t present any danger.

Buprenorphine is a partial opioid agonist and is used to lessen withdrawal symptoms in those addicted to opioids, including heroin and prescription painkillers like OxyContin.

However, buprenorphine is unique in that it is the first drug of its kind that can be prescribed and obtained in a doctor’s office rather than being administered by a clinic.

The other good news about buprenorphine is that it has a ceiling effect–once you pass a certain dosage, the effects of the drug plateau and don’t increase as the dosage rises, especially in combination with opioid antagonists like naloxone. This makes it unusually difficult to overdose on buprenorphine.

That said, buprenorphine usually isn’t prescribed in isolation. Instead, it’s used as one part of a comprehensive recovery program used to help a patient live a happier, healthier, addiction-free life.

If these side effects are particularly unpleasant, it’s important to talk to your doctor about your options.

Basically, that means that it blocks the activity of opioids at the receptor sites, which means that it can prevent or reverse dangerous overdoses when correctly administered.

In the event of a medical emergency, naloxone can be injected to prevent the effects of an opiate overdose. Because of this, it is sometimes handed out in automatic injection devices in areas hit especially hard by heroin abuse.

Whereas methadone and buprenorphine are used as a kind of Band-Aid to help lessen the negative effects of withdrawal, naloxone is an emergency measure meant to be used in the event of a potentially life-threatening overdose.

As such, if you are given naloxone as a harm-reduction tool for yourself or a loved one, you should know the warning signs of overdose. These include:

If you’re not comfortable administering injections, its best to use an automatic injection device if you have to. These devices have voice control and will walk you through administration step by step.

Technically, suboxone is a combination of two drugs we already discussed: buprenorphine and naloxone.

In combination, these two drugs have two main important effects:

In practical terms, a patient on suboxone might take heroin and the suboxone would prevent the heroin from working because heroin has nowhere to bind.

This makes it a critically important medication for drug addiction, especially opiate addiction, because it can act as a preventative measure should the patient relapse. Even if they relapsed, the drugs can’t work, which begins to cut off the craving-reward cycle that opiate addiction creates.

Finally, naltrexone is a drug with slightly wider usage. It can be used for patients with opioid addiction or for alcoholics.

Like naloxone, naltrexone works by blocking opioid receptors, which means you can’t experience the high even if you took other opioids or drank alcohol, which can help decrease the urge to abuse.

However, it is important to note that naltrexone lowers your tolerance for opioids. Because of this, relapse can be dangerous if someone takes opioids at their previous levels because their body is no longer equipped to deal with the drug.

There aren’t any similar risks associated with drinking while on naltrexone, though it can create severe liver damage when taken in excess. It does not inhibit all intoxicating effects of alcohol (like impaired judgment) but it does block the rewarding effects of alcohol.

Common side effects include:

Because naltrexone decreases tolerance, and because it can cause severe liver damage when abused, it is vital that patients follow the instructions of their doctor.

Life without drug and alcohol addiction is a healthier, happier, and more productive life. Medications for addiction are just another tool to help get you there.

If you or a loved one is struggling to recover from substance abuse, take a look at our resources on addiction treatment and recovery.

You can also take a look at our program options. If you have any questions or would like to have a discussion about treatment, use our contact page to get in touch.