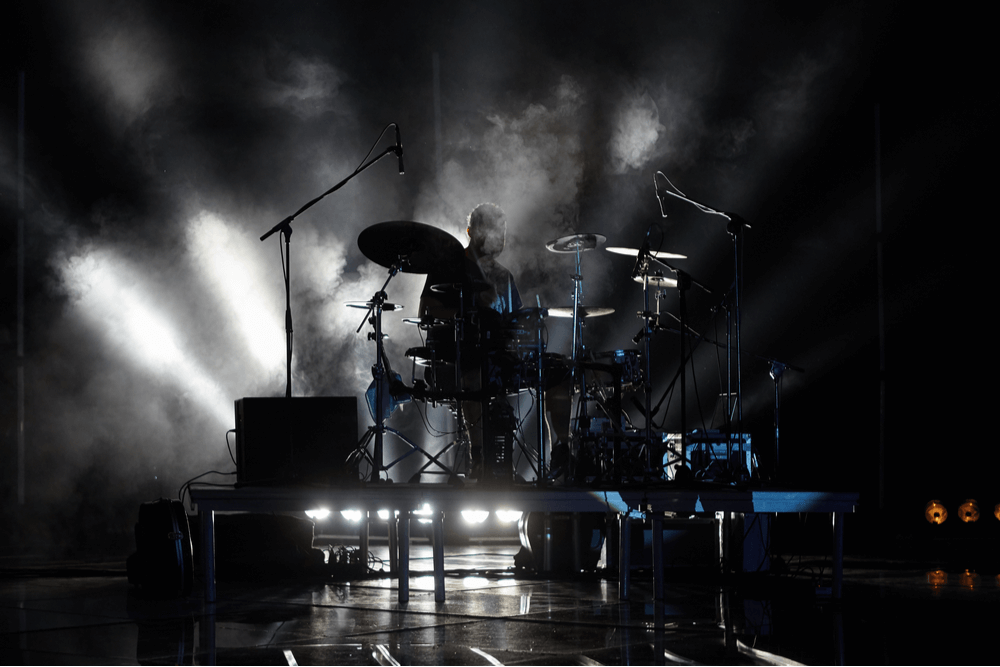 The recent death of Foo Fighters drummer Taylor Hawkins has caused a significant loss for the music world. He led an incredible career as a musician and drummer for the Foo Fighters for 25 years, touring with Alanis Morrisette and fronting his own band, Taylor Hawkins and the Coattail Riders.

Those who knew Hawkins or even just met him briefly described him as very friendly with infectious enthusiasm. He was known to switch places with Dave Grohl during Foo Fighters concerts and would sing a song by his favorite band, Queen. The outpouring of support from fans and fellow musicians is proof of the incredible impact Hawkins has left behind.

His tragic and untimely death at age 50, while on tour in South America, has raised many questions about what happened exactly. How could someone who seemed in relatively good health die so suddenly? There have been many sensational headlines about the substances in his system when he died report insinuating an overdose, but looking deeper at these substances, a conclusion could also be made that it was an accidental combination of prescription medication abuse.

What We Know About Taylor Hawkins’ Death

Not much has been released about Hawkins’ death, and we know right now that he was on tour with the Foo Fighters in South America. On March 26th, right before they were set to play a concert in the Colombian capital of Bogota, emergency medical services were sent to Casa Medina Hotel, where he was staying, after receiving reports of “a patient with chest pains.” Upon arrival, a health care professional attempted a resuscitation process to revive Hawkins, but there was no response, and he was declared deceased on the scene.

Authorities opened an official investigation into Hawkins’ death, and a preliminary toxicology test found 10 different substances in his systems, including opioids, benzodiazepines, tricyclic antidepressants, and THC. The office of the Attorney General of Colombia did not rule on the cause of death and has said the investigation is ongoing.

Did Taylor Hawkins Die of a Drug Overdose?

With headlines focusing on the fact that 10 different substances were found in Hawkins’ system, many have concluded that he passed from a drug overdose. But this may not be the case. We cannot say for sure that he died from a drug overdose because the list of substances that have been released are all prescription medications for various ailments. Even THC, which is the chemical responsible for most of marijuana’s psychological effects, is legal in many states and can be bought over the counter.

The word “overdose” often comes with many negative connotations attached to it, often painting a picture of a person who is a drug addict. Often, people experience an accidental overdose, either from having an unknown substance, like fentanyl, in the drugs they have been used to or even from accidentally combining substances. It is important to remember that not every person is prone to addiction, and few people can take illicit or prescription drugs recreationally without ever developing a substance abuse disorder.

Learn more about the challenges of recovery for celebrities here:

Other Ways Drugs Could Have Played a Role

From the initial reports of Hawkins experiencing chest pains and passing suddenly, it is possible he died from a heart attack. Even without lethal amounts of drugs in his system, the drugs or combination of drugs could have played a role in causing a heart attack. Here is a closer look at the substances found in his system and what they are for:

Marijuana comes from the dried leaves and flowers of the cannabis plant and contains hundreds of substances, including THC, responsible for many of the psychoactive components of marijuana. Consuming marijuana can result in feelings of euphoria and relaxation and cause unpleasant feelings of anxiety and paranoia. It can be used for medicinal purposes to treat various symptoms and illnesses. There are no known reports of people dying from consuming marijuana.

Opioids are a class of drugs that include both prescription, such as painkillers, and illegal substances, including heroin. Opioid prescription painkillers are highly effective but are also highly addictive and must be used under direct supervision of a physician. Illicit forms of opioids are also highly addictive and are often used for their euphoric effects.

Tricyclic Antidepressants or TCAs, are a class of medications used primarily as antidepressants but are also used to treat other mental health disorders like anxiety, obsessive-compulsive disorder, fibromyalgia, and chronic pain migraines. There is a possibility of overdose on TCAs, which can also cause withdrawals, creating a dependency in some.

Benzodiazepines are a class of sedating drugs used to treat anxiety, muscle spasms, seizure disorders, and some sleep disorders. Many doctors easily prescribe benzos because of their quick-acting effects. Common name brands and generic drugs include Xanax, Valium, Klonopin, and lorazepam.

The Dangers of Combining Drugs

There is a high risk of combining drugs, even prescription drugs that a doctor gave. Knowing the dangers of combining prescription drugs with other prescription drugs, illicit substances, over-the-counter medications, or alcohol is essential. It is especially dangerous to mix sedative effects like opiates, opioid painkillers, benzodiazepines, antihistamines, sleeping tablets, and alcohol because they can cause life-threatening respiratory complications.

Mixing stimulant prescription drugs can increase heart rate and blood pressure, resulting in a heart attack. Even something as innocent as mixing energy drinks, like Red Bull, with alcohol can cause injury to the body, including a heart attack.

There is also a risk of developing an addiction from regularly mixing prescription drugs and an increased risk of overdose. Mixing drugs causes a person to become less aware of their conscious levels, leading them to take more than the body can handle and resulting in prescription drug poisoning, coma, and death. They can also cause long-term damage to the heart, liver, stomach, and kidneys. Another harmful effect is on the user’s mental health. Regularly mixing prescription drugs can increase anxiety, depression, and suicidal tendencies.

How Drug Use Affects the Heart

Different drugs have different impacts on the heart, and some have only a mild effect, while others can cause abnormal heart rate or even a heart attack. Intravenous drugs can lead to health issues like blood vessel bacterial infections, heart valves, and collapsed veins.

Drug addiction can lead to many cardiovascular problems that end up being chronic, lifelong illnesses. One example is a life-long condition known as endocarditis, an infection of the inner lining of the heart chambers and heart valves. If not treated promptly, it can cause permanent damage to heart valves and life-threatening complications.

More potent drugs can easily lead to heart attacks and strokes, especially for those with underlying heart issues. Heart disease can go undetected for many years and not show up until later in life, but the drug user is unaware and may have already caused irreparable damage.

Muse Treatment, an addiction center in Los Angeles, is offering its condolences to the Hawkins family, his bandmates, friends, and the multitude of fans mourning his death. We want to warn about the many fatal consequences of drug use – not just overdose, but even drug combinations can be deadly. Unfortunately, many people are prescribed various medications that interact with one another unknowingly. They may be going to different doctors for various health reasons, and they are not aware of their current prescriptions.

Studies have highlighted the dangers of co-prescribing opioids and benzodiazepines, both are sedating drugs and can suppress breathing, but many people continue to be prescribed both simultaneously. Even though the Centers for Disease Control and Prevention (CDC) has issued guidelines for prescribing opioids, it is essential to be aware of prescription drug interactions. It would help if you always inform your doctor of all drugs and medications you are currently taking.

One of our goals at Muse Addiction Treatment center is to remove the many stigmas that come with drug and alcohol addiction. We find that many people with substance abuse issues actually started because of prescribed opioids, benzodiazepines, or other drugs that their physician prescribed. Anyone can be a victim of drug addiction, and we aim to get to the root of the issue at Muse Addiction Treatment Center.

If you or someone you love is struggling with any type of drug addiction, please give us a call at (800) 426-1818 today. The sooner you get help, the better your chances are for recovery and avoiding any long-term health effects.